The most popular research stories of 2015

With discoveries ranging from the origins of consciousness to the end of the universe, 2015 was a year of incredibly diverse research at Vanderbilt University. Researchers examined timely social and organizational problems; learned more about our universe, our earth and the creatures that share it with us; uncovered more mysteries of the brain and expanded our understanding of how bodies break – and how they can heal.

As 2015 comes to a close, let’s count down the 20 stories you clicked on the most this year…

20. Study: Bad middle managers are just a reflection of their bosses
Keeping middle managers happy with their supervisors is the key to retaining the lower-level workers they manage and avoiding expensive turnover costs, according to a study by Ray Friedman, Brownlee O. Currey Professor of Management at Vanderbilt Owen Graduate School of Management.

19. Vanderbilt researcher working to fight human trafficking, slavery
Fighting human trafficking should involve the whole supply chain, from the usually poverty-stricken victims who get caught up in it to the consumers who support it with their money, says Cecilia Hyunjung Mo, assistant professor of political science at Vanderbilt University.

18. VUMC study shifts thinking on how bone fractures heal
A team of Vanderbilt investigators led by Jonathan Schoenecker, assistant professor of orthopaedic surgery and rehabilitation, has discovered that fibrin, a protein that was thought to play a key role in fracture healing, is not required. Instead, the breakdown of fibrin is essential for fracture repair.

14. VU study explores inflammation, hypertension link
The evidence is increasing: the immune system and inflammation are key contributors to high blood pressure. Meena Madhur, assistant professor of molecular physiology and biophysics, and colleagues report that deleting or “knocking out” the LNK gene in a mouse model “markedly enhances inflammation, predisposing to hypertension as well as vascular and renal dysfunction.”

12. Musicians not only hear in tune, they also see in tune
Randolph Blake, Centennial Professor of Psychology, and Chai-Youn Kim, associate professor of psychology, show that musicians pay more attention to musical notation when it corresponds to what they are hearing.

11. Surgery for tongue tie shows some benefits; more research needed
Surgically treating “tongue tie” in infants may be associated with improved breast-feeding and reduced nipple pain, as reported by mothers, but much more research is needed on best practices for treating the condition, according to a newly published systematic review led by Melissa McPheeters, research associate professor of health policy.

10. New model of cosmic stickiness favors “Big Rip” demise of universe
A new mathematical model of cosmic viscosity developed by Assistant Professor of Mathematics Marcelo Disconzi in collaboration with physics professors Thomas Kephart and Robert Scherrer support the theory that the universe will eventually expand so much it simply falls apart into its component particles.

8. New insight on how brain performs ‘mental time travel’
A team led by Sean Polyn, assistant professor of psychology, has developed a model to predict what a person is likely to recall based upon certain activity patterns in the brain.

7. Evidence that Earth’s first mass extinction was caused by critters, not catastrophe
According to Simon Darroch, assistant professor of earth and environmental sciences, the first mass extinction of life on earth was likely caused by a multicellular organism that filled the atmosphere with oxygen—causing many other species to die off. 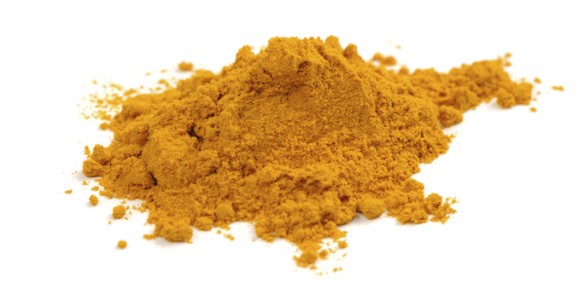 6. Curcumin’s ability to fight Alzheimer’s studied
A new study indicates a close chemical analog of curcumin, which is found in the spice turmeric, has properties that may make it a useful Alzheimer’s treatment, according to research by Wellington Pham, assistant professor of radiology and radiological sciences and biomedical engineering.

5. The pronoun ‘I’ is becoming obsolete
A series of groundbreaking studies led by Seth Bordenstein, associate professor of biological sciences, have revealed that what we have always thought of as individuals are actually “biomolecular networks” that consist of visible hosts plus millions of invisible microbes that affect their development, health, behavior and even social interactions.

3. New ‘reset’ button discovered for circadian clock
Research led by Douglas McMahon, Stevenson Professor of Biological Sciences, reveals that the biological clock can be stimulated and even reset by genetically modifying certain neurons to respond to light.

2. Network theory sheds new light on origins of consciousness
Research by René Marois, professor and chair of psychology, suggests that awareness is the product of many disparate parts of the brain communicating to one another—many more than were previously believed.

1. Black academics expected to ‘entertain’ when presenting, new study says
Research by Ebony O. McGee, assistant professor of education, diversity and urban schooling, shows that black academics are disproportionately asked to “lighten up” and “tell more jokes” while presenting, and that black women academics are often the targets of insensitive comments about their hair and apparel.