Vanderbilt in 2022: The stories that shaped the year

From the investiture of Daniel Diermeier as Vanderbilt’s ninth chancellor to a triple Reunion celebration, from a focus on global initiatives to the launch of Discovery Vanderbilt, the university marked many historic moments and milestone accomplishments in 2022. Take a look back at highlights from the year, as Vanderbilt prepares to celebrate its 150th anniversary in 2023.

In keynote remarks delivered at an investiture officially marking his tenure as Vanderbilt’s ninth chancellor, Daniel Diermeier urged the university community to seize the aspirational moment and join him in building “The Great University” for today’s world. 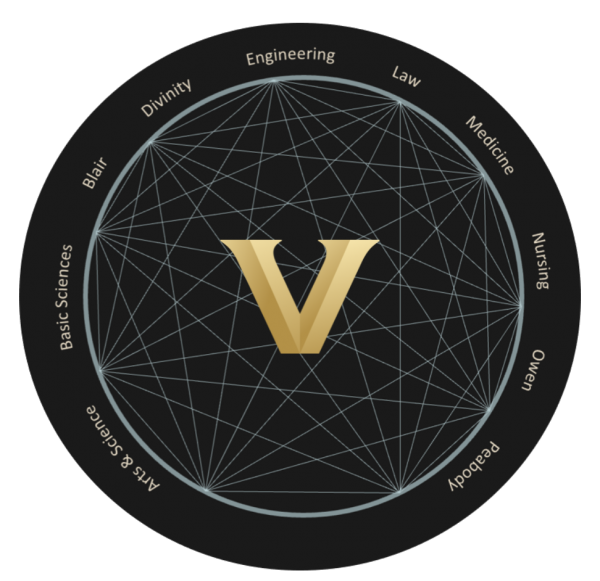 Vanderbilt University’s greenhouse gas emissions have dropped 19 percent overall and 23 percent per square foot since fiscal year 2020, according to the latest annual sustainability report released by FutureVU Sustainability in the Division of Administration. 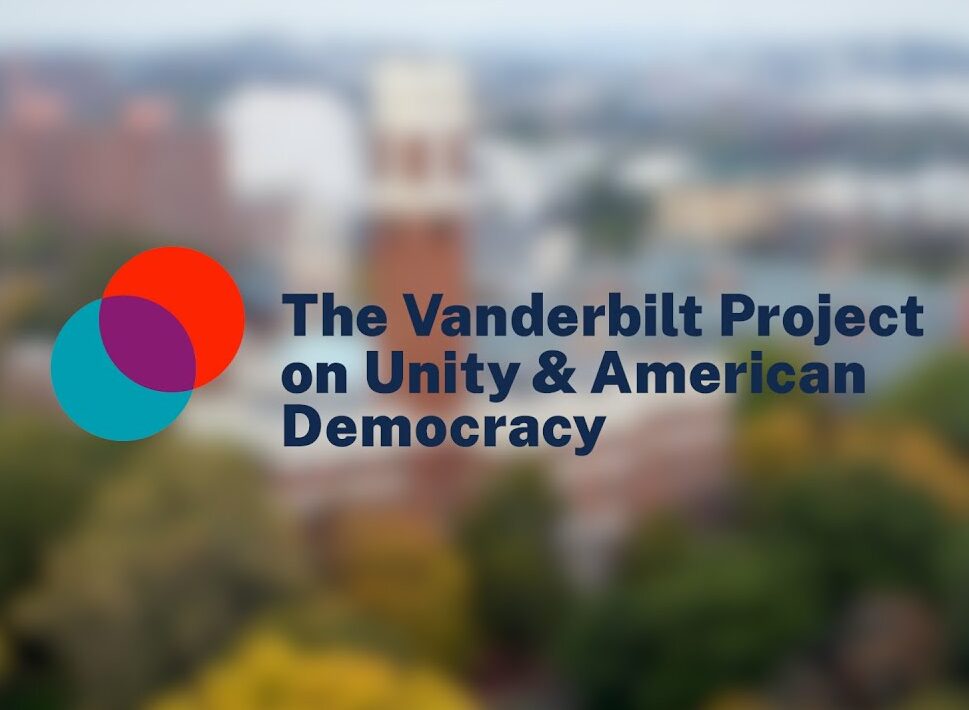 Famed writers, musicians and politicians among new advisory board for Vanderbilt Project on Unity and American Democracy

The Vanderbilt Project on Unity and American Democracy announced the formation of a 26-member advisory board spanning multiple backgrounds and fields—from former Florida Gov. Jeb Bush and biographer Walter Isaacson to Grammy-winning artists Faith Hill and Tim McGraw—that is committed to the project’s mission to elevate facts and evidence-based reasoning in American political discourse.

Vanderbilt University will serve as the host campus for the Clinton Global Initiative University annual meeting March 3–5, 2023. The gathering is an opportunity for students from around the world to collaborate with influential leaders, experts and innovators on solving humanity’s most pressing problems.

Vanderbilt University launched a refreshed visual identity designed to reflect the university’s forward momentum and build pride and visibility across the institution, including its athletics program. The new identity includes a clear articulation of who the university is today through new wordmarks and logos.

Upcoming Sesquicentennial offers opportunity to consider our past, envision our future

Vanderbilt will mark the 150th anniversary of its founding in 2023 with a yearlong commemoration in which the entire university community will be invited to consider our past and, especially, to envision our future.

Diermeier urges Class of 2022 to go forward with courage, ‘dare to grow’

Chancellor Daniel Diermeier congratulated the Class of 2022 for their “persistence, patience and, above all, courage” during the previous four years when he delivered his Commencement address at Vanderbilt Stadium on May 13.

Vanderbilt rises to No. 13 among nation’s top universities in latest ‘U.S. News’ rankings

The Graduate School, in partnership with deans across multiple schools, has launched an enhanced funding and support model for doctoral education as a result of Provost and Vice Chancellor for Academic Affairs C. Cybele Raver’s new $5 million annual investment in graduate education.

ADVANCEMENTS IN INNOVATION AND RESEARCH

Vanderbilt University was part of a consortium of academic researchers, working with leading automakers, that concluded a five-day test in November on a stretch of Interstate 24 near downtown Nashville—the largest study of its kind in the world. The researchers tested an AI-powered cruise control system designed to increase fuel savings and ease traffic.

The Rev. James Lawson returned to Vanderbilt University for the launch of an institute that carries forward his commitment to achieving justice and equality through nonviolent movements and strategies.

A bold partnership that will help Vanderbilt University power its campus entirely through renewable energy moved a step closer to that goal with the Jan. 19 groundbreaking of a solar farm in Bedford County, Tennessee.

BUILDING AND SUPPORTING OUR COMMUNITY

Class of 2026 welcomed to campus

Returning students, faculty and staff greeted the Class of 2026 and their families with smiles, cheers and high-fives as they arrived on The Martha Rivers Ingram Commons for Move-In Day on Aug. 20.

On a weekend blessed by perfect fall weather, nearly 6,000 alumni and their guests returned to Vanderbilt Oct. 6–9 for Reunion, the first since 2019.

Chancellor Daniel Diermeier recognized Vanderbilt University employees for their diligent work over the past two years with a one-time supplement to their paychecks. All eligible faculty, staff and postdocs received a $1,500 bonus in their paychecks at the end of March.

Vanderbilt is expanding paid parental leave for Vanderbilt staff and adding a new coordinator role that will be responsible for providing information, support and reproductive health resources for pregnant and parenting students, faculty, staff and postdocs. 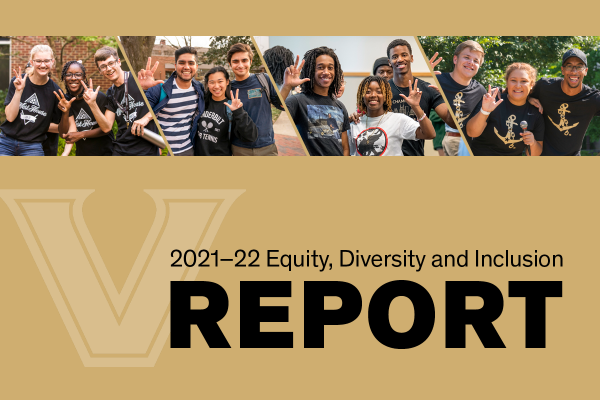 Vanderbilt University’s collective and augmented efforts during the past academic year to foster a sense of belonging at every level of campus are spotlighted in a new report from the Office for Equity, Diversity and Inclusion.

Vanderbilt University has launched the Future of Work initiative to improve the recruitment, professional development and retention of valued staff members and help them reach their full potential as employees.

Vanderbilt University is embarking on the next phase of its residential colleges program with the re-envisioning of Highland Quadrangle along 25th Avenue South. The initiative, which includes construction of three new residential colleges for upper-division students, will build upon the successful living-learning environments already in place.

Vanderbilt’s graduate and professional student housing project reached two milestones in April: the placement of the final steel structural beam of the building and the announcement of the first retail business to occupy the space, the Turnip Truck.

COMING TOGETHER AS COMMODORE NATION 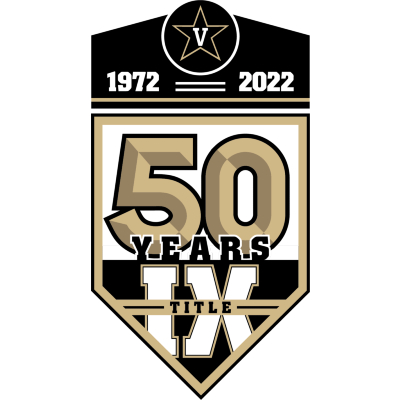 Vanderbilt Athletics celebrated the 50th anniversary of Title IX throughout 2022 with reflections and events recognizing the impact, progress and continual push forward of the landmark legislation in all areas of women’s sports.

Vanderbilt University announced the addition of women’s volleyball as the university’s 17th varsity sport. Enabled by the transformational Vandy United campaign, the sport will begin competition in the 2025–26 academic year.