When Jarryd Bethea was preparing to enter ninth grade in his hometown of Hampton, Georgia, near Atlanta, his local public high school was struggling. Unwilling to jeopardize his education, Bethea’s mother, a single parent, worked to place him in a private school near Atlanta instead. Though financial aid would cover most of his fees, it wasn’t enough, and she was running out of options.

Bethea remembers the day his mother explained she would use her retirement fund to pay for his education. “I knew that when I grew up, I wanted to do well so I could take care of my mom. Having her make that sacrifice for my education meant I had no choice but to succeed,” he says.

“Vanderbilt was everything I was looking for, and the comprehensive financial aid made it a dream come true.”

During his college search, Bethea sought an institution that would combine great academics, strong school spirit, and a community where he could make an impact. He found that and more at Vanderbilt when he received a James Patterson Family Foundation Scholarship.

“Vanderbilt was everything I was looking for, and the comprehensive financial aid made it a dream come true,” Bethea says. “It’s not every day that you get into one of the top 15 colleges in the nation and have 100 percent of your need covered.”

During his first year at Vanderbilt, Bethea took part in a student-led mentorship program for low-income and underrepresented undergraduates, eventually becoming a mentor, co-president and executive board member. “There’s just so much you don’t know when you come to a place like Vanderbilt,” he says. “It was important to me that even though I didn’t necessarily have all the answers, I could be a support system to help my mentees find themselves.” 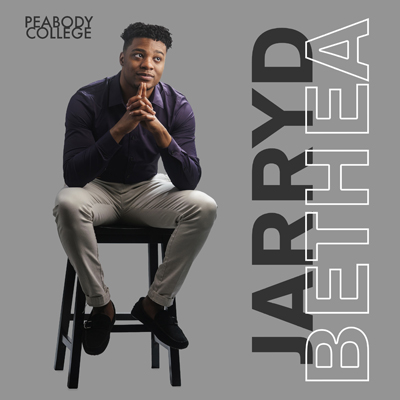 Given his interest in relationship building, it’s no surprise that Bethea majored in human and organizational development at Peabody. As part of Bethea’s capstone internship, he traveled to London to work for Social Enterprise UK, the largest network of social enterprises in that country. “My internship in London was the best experience I’ve ever had,” he says. “I worked for a company whose mission was to demonstrate that there’s a better way to do business. It was so refreshing to see businesses reinvest what they make into the creation of a better society.”

His London experience was a learning opportunity in more ways than one. “Ordinarily, when you complete your HOD internship, you’re sent with a cohort, but in this case it was just me. I had to learn how to be an adult, to pay for my housing … to learn how to cook,” he laughs.

After graduation, Bethea will be working at hardware supplier McMaster-Carr in its management development program. “I’m excited to apply everything I’ve learned,” he says. “It’s a bit surreal to be handed managerial responsibilities right out of school, but if Vanderbilt’s taught me anything, it’s to not be afraid of what I don’t know. It’s just another opportunity to learn.”