Assistant principals have much to offer in advancing equity and improving schools, Vanderbilt-led research finds

Effective assistant principals have the potential to greatly impact a school’s success, though they are often underutilized, a new Vanderbilt-led study finds. The report—developed by Peabody College of education and human development faculty Ellen Goldring and Mollie Rubin, and Mariesa Herrmann of Mathematica—also sheds light on the varied functions of assistant principals across the country and suggests ways to better prepare and support them to increase impact on students.

“Despite the rapid growth in numbers of assistant principals, the role has received limited attention from policymakers and researchers,” said Goldring, Patricia and Rodes Hart Professor of Education and Leadership at Vanderbilt and the report’s lead author. “Our findings shed light on the role of the assistant principal, including its potential for creating equity in school leadership and more equitable outcomes for students.”

Commissioned by The Wallace Foundation, “The Role of Assistant Principals: Evidence and Insights for Advancing School Leadership” is a synthesis of empirical research on assistant principals published since 2000 and includes new analyses of national data and data from Tennessee and Pennsylvania. 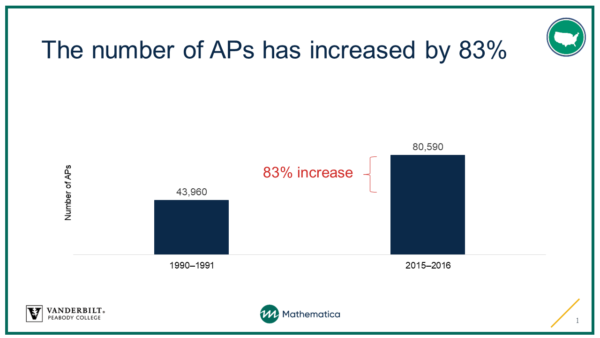 The report found that from 1990 to 2016, the number of assistant principals in the U.S. grew by 83 percent to almost 80,600. The assistant principal position, which comprises a mix of instructional leadership, management and student discipline, has become an increasingly common stepping-stone for educators hoping to become principals.

Drawing on 20 years of research and 79 studies, the synthesis also suggests 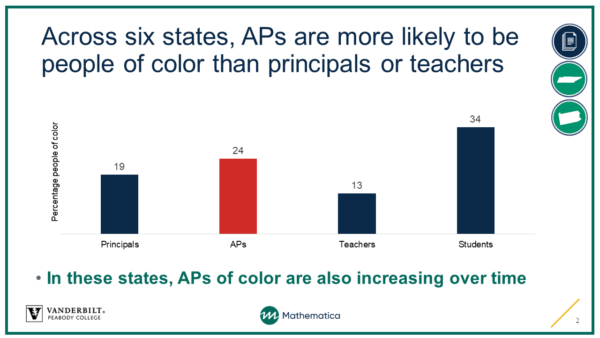 The job could play an important role in promoting racial and gender equity in school leadership, the report concludes, as well as in advancing more equitable outcomes for students. 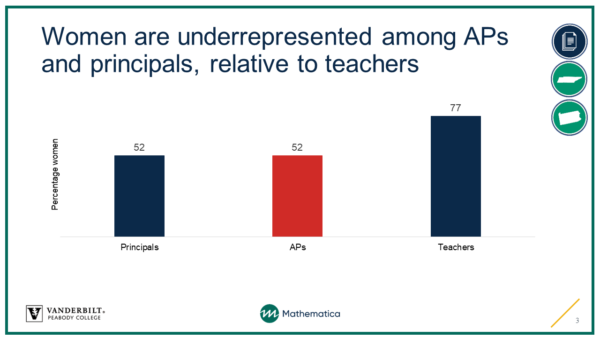 “This research synthesis is essential to our understanding of a role that often is overlooked,” said Jody Spiro, The Wallace Foundation director of education leadership. “We hope this report encourages school districts and policymakers to rethink the position as a lever for improving equity and strengthening principal pipelines in ways that ultimately benefit students.”

The report is the second of three research syntheses commissioned by The Wallace Foundation. The first, released in February, examined the critical role of principals in student learning and other outcomes. A third, expected to be released this spring, will look at the characteristics and outcomes of effective principal preparation programs.