Bill-Kande Badi never imagined he’d pursue a career in film when he traveled more than 8,500 miles from his hometown of Pretoria, South Africa, to study at Vanderbilt. But when he arrived on campus, he signed up for courses offered by the Program in Cinema and Media Arts and “fell in love with making movies.”

“I shot Care on 16-millimeter film with 1970s Bolex cameras, employing nonsynchronized sound. It was a very cool and unorthodox experience.”

He’s gotten pretty good at it too.

For the past 18 months, Badi has worked as a research assistant for Assistant Professor of Cinema and Media Arts Jonathan Rattner on a documentary focused on refugees in Nashville. He also works with Senior Lecturer Jonathan Waters on International Lens, a free community film series with a global perspective, serving as the host for each screening.

“Cinema and Media Arts faculty take the time to get to know their students—beyond who they are in the classroom,” Badi says. “This is so important when one is learning how to make films that are personal but also strive to impact the community. For example, one of my professors might say, ‘I know who you are and what your values are, but perhaps there is a better approach to conveying your message.’”

Last summer—with support from the Lovinger Family Internship Fund—Badi participated in the Vandy-in-Hollywood summer internship program, working with Fremantle, a production and distribution company noted for live shows like American Idol, and Cartel Entertainment, where he was assigned to read scripts from rising screenwriters. “The internship placements were wonderful, but Vandy-in-Hollywood does so much more for students who want to network and learn more about the industry,” he says.

“Vanderbilt is just steps away from Music Row and some of the most creative and talented individuals in the entertainment industry.” 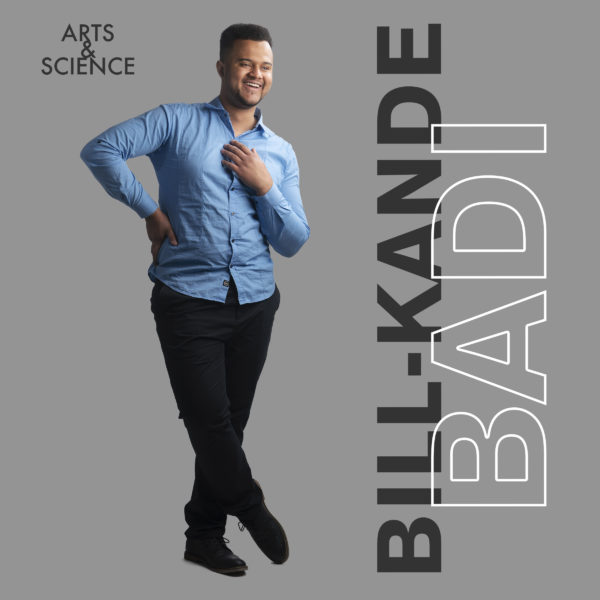 While Badi considered moving to Los Angeles after graduation, his current plan is to stay in Nashville while pursuing opportunities to work in film, especially as a director. “Vanderbilt is just steps away from Music Row and some of the most creative and talented individuals in the entertainment industry,” he notes. Badi recently co-produced a music video for musicians Gracen Hill and Big K.R.I.T. with fellow senior Chuke Williams. He would like to produce more music videos as well as have the opportunity to direct them.

“I am so fortunate that my parents and sister, who all continue to live in Pretoria, are supportive of my career aspirations,” Badi says. “I do get homesick occasionally, but I’m excited and passionate to be able to follow my dreams.”