The most popular Vanderbilt research stories of 2013 plumbed mysteries of the brain, examined complex social phenomena, shed light on dark matter, uncovered a surprising link among our three greatest health threats and more. 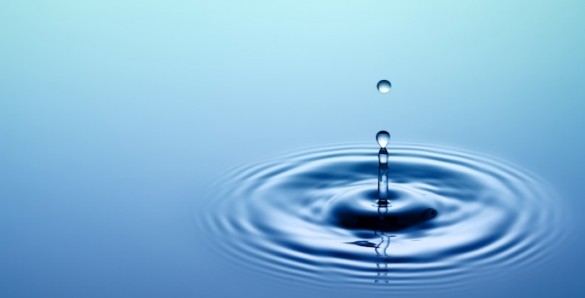 Physicist Julia Velkovska and colleagues at the Large Hadron Collider have created the smallest droplets—only the size of three to five protons—ever made in the lab. “With this discovery, we seem to be seeing the very origin of collective [flow-like] behavior,” said Velkovska.

9. Tracking gunfire with a smartphone

Akos Ledeczi and Kenneth Pence with Vanderbilt’s Institute for Software Integrated Systems have created a simple, inexpensive way to turn an Android smartphone into a sniper locator—something that currently requires a dedicated array of sensors mounted on military vehicles.

8. Women with elite education opting out of full-time careers

Joni Hersch, Vanderbilt 2012/13 FedEx Research Professor, professor of law and economics, and professor of management, found that female graduates of elite undergraduate universities are working much fewer hours than their counterparts from less selective institutions and that moms with elite MBAs work the least of all.

Biologist Carl Johnson and molecular physiologists and biophysicists Owen McGuinness and David Wasserman found that the body’s production and use of insulin are closely linked to the sleep-wake cycle, meaning that when you eat is just as important as what you eat.

6. The trouble with car title loans is NOT people losing their cars

Most people who object to the car title loan business cite the risk that an already vulnerable person could lose what may be their only means of transportation to work. But law professor Paige Marta Skiba found that car repossession is not as much of a problem as many believe, saying it causes only about 1.5 percent of borrowers to lose their jobs

4. Evidence moles can smell in stereo

Biologist Kenneth Catania has discovered that moles can actually smell in stereo, the same way humans can see and hear in stereo. The moles, which are blind and have a poor sense of touch, use their sensitive schnozzes to quickly and accurately locate food. The findings suggest other animals that rely highly on their sense of smell, like pigs and dogs, may have similar abilities.

3. Even in the dark, brain “sees” its own body’s movement

Psychologist Randolph Blake, graduate student Keven Dieter and collaborators at the University of Rochester discovered that a person’s eyes track the movement of his or her own hand, even in total darkness. The researchers surmise that the motor signals sent by the brain to initiate the movement also communicate with the visual pathways, creating a kind of self-generated illusion.

Physicist Robert Scherrer and graduate student Chiu Man Ho propose that dark matter, an invisible form of matter that makes up 85 percent of the all the matter in the universe, may be made out of a basic subatomic particle with a rare type of electromagnetic field that explains why it is so difficult to detect.

1. Study gives new meaning to ‘let your fingers do the walking’