Positive interactions in a pre-kindergarten classroom may be equally or more important to the future academic development of 4-year-olds than learning letters and numbers, according to Dale Farran, senior associate director of the Peabody Research Institute at Vanderbilt’s Peabody College for education and human development.

The article, “Preschool Classroom Processes as Predictors of Children’s Cognitive Self-Regulation Skills Development,” is scheduled for publication in an upcoming edition of School Psychology Quarterly.

“There are two take-away main points: First, there is a direct relationship between what goes on in classrooms and how much gain children make in self-regulation measures,” Farran said. “We haven’t known whether self-regulation was actually environmentally influenced or whether it just happened naturally with age. Second, these data show which experiences children have in 4-year-old classrooms that affect development of those particular skills.”

The data came from more than 800 racially and ethnically diverse preschool children in 60 classrooms across five school systems in the Southeast using a variety of proven testing modalities. The research marks the first time empirical data have proved what many educators have believed to be true anecdotally: Children acquire better cognitive learning skills in a classroom infused with “positive affective interactions,” Farran said.

Self-regulation skills, also called “executive functioning,” are related to children’s ability to control their effort, pay attention and stay on task. Lack of those skills creates adjustment problems and potentially impedes learning, according to Farran. Children in classrooms infused with more positive behaviors made gains not just in classroom regulation but also academically, she noted.

Learning the alphabet and numbers is more generally associated with kindergarten readiness, and most children can easily master those tasks. But many more children have trouble paying attention and remembering, or they have trouble persisting when something gets hard. “Oddly, a positive tone in the classroom does not just affect children’s social development. The more positively welcoming classrooms are,” she said, “the more children are going to learn in them.”

The researchers hope their findings will encourage more professional development in this area. One of the behaviors observed was “behavior disapproval” or signaling to a child that despite what he or she has chosen to do, the teacher wants the child doing something different. Although this teacher behavior can be delivered quite positively, the more behavior disapproval, the less gain children made in self-regulaton.

“Reducing disapproval and increasing approval are work for the teacher,” Farran said. “The teacher must anticipate what’s coming up and not redirect after the fact. It’s a more subtle kind of planning that takes a lot of skill on the part of teachers.”

But it’s well worth the effort, she adds: “Pre-K classrooms ought to be a place where people enjoy learning together.” 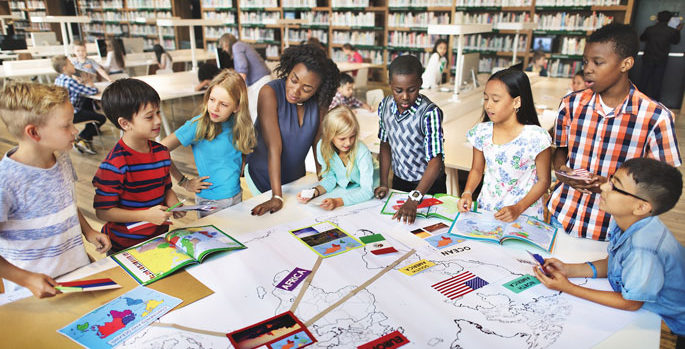