A new approach to teaching pre-kindergarten could take a bite out of the achievement gap and level the playing field for America’s growing population of English language learners, according to a recently published study by researchers at Vanderbilt’s Peabody College of education and human development.

“We are excited that we have helped teachers develop ways of teaching that result in such remarkable gains among children,” David K. Dickinson, professor of education and one of the project’s leaders, said. “Our teachers are committed to continuing using the approaches that are working, which means that many more children will benefit from being in their classrooms.”

An article about the research was recently published by the journal Early Childhood Research Quarterly.

“Research shows that children from low income families are behind when they start kindergarten and it’s really difficult for them to catch up,” said Sandra Jo Wilson, associate director of the Peabody Research Institute.

Wilson, one of the project leaders, managed the analysis of data for the study.

“Our study demonstrates that it is possible for children from diverse languages and backgrounds to enter kindergarten with literacy skills at or near national norms,” she said.

The researchers evaluated the outcomes of 700 students and 13 teachers in seven Nashville pre-K programs. About half of the students were English language learners and nearly all came from low-income households.

“The element of providing feedback to teachers turned out to be a key to the curriculum’s success,” Dickinson said. Dickinson co-authored the curriculum, helped guide the delivery of the intervention and did some of the teacher professional development. “Teachers were asking for their reports and wanted to see how they were doing—they were very responsive to what the coaches had to say.”

Deborah Wells Rowe, associate professor of education at Peabody and an expert on early childhood writing, worked with the teachers to incorporate writing into their lessons.

The Enhanced Language and Literacy Success Project is supported by U.S. Department of Education grant No. S359B080078. 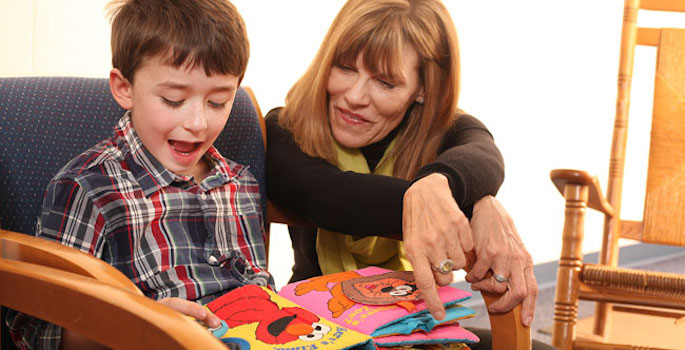