Taking a trip down memory lane while you are driving could land you in a roadside ditch, new research indicates. Vanderbilt University psychologists have found that our visual perception can be contaminated by memories of what we have recently seen, impairing our ability to properly understand and act on what we are currently seeing.

“This study shows that holding the memory of a visual event in our mind for a short period of time can ‘contaminate’ visual perception during the time that we’re remembering,” Randolph Blake, study co-author and Centennial Professor of Psychology, said.

“Our study represents the first conclusive evidence for such contamination, and the results strongly suggest that remembering and perceiving engage at least some of the same brain areas.”

“There are numerous instances where we engage in visually guided activities, such as driving, while rehashing visual events in our mind’s eye. Common sense tells us that this mental replay is harmless in that it does not interfere with our ability to register and react to objects within our visual field,” Kang and his co-authors wrote. “Evidently, however, that is not always true when the contents of our working memories overlap with the contents of our perceptual world.”

In this study, the researchers used a visual illusion called motion repulsion to learn whether information held in working memory affects perception. This illusion is produced when two sets of moving dots are superimposed, with dots in one set moving in a different direction from those in the other set. Under these conditions, people tend to misperceive the actual directions of motion, and perceive a larger difference between the two sets of motions than actually exists.

Watch video of the illusion.

Ordinarily this illusion is produced by having people view both sets of motion at the same time. Kang and colleagues set out to determine if the illusion would occur when one set of motions, rather than being physically present, was held in working memory.

The research subjects’ reports of the second dots’ movement was exaggerated and influenced by what they had previously seen. If they were first shown dots moving in one direction and later shown dots moving in a slightly counterclockwise direction relative to the first presented dots, they reported the counterclockwise movement to be more dramatic than it had actually been.

“We find that observers misperceive the actual direction of motion of a single motion stimulus if, while viewing that stimulus, they are holding a different motion direction in visual working memory,” the authors wrote.

The results provide further support for previous findings by Vanderbilt researchers Frank Tong and Stephanie Harrison that the contents of working memory may be represented in early visual areas in the brain, including the primary visual cortex, that were previously thought to play no role in higher cognitive functions such as memory.

Kang and Blake’s co-authors were research associate Sang Wook Hong and Assistant Professor of Psychology Geoffrey Woodman. Funding from the National Institutes of Health, the National Science Foundation and the World Class University Initiative of the National Research Foundation of Korea and the Ministry of Education, Science and Technology supported the research.

Team discovers one more piece to the autism puzzle 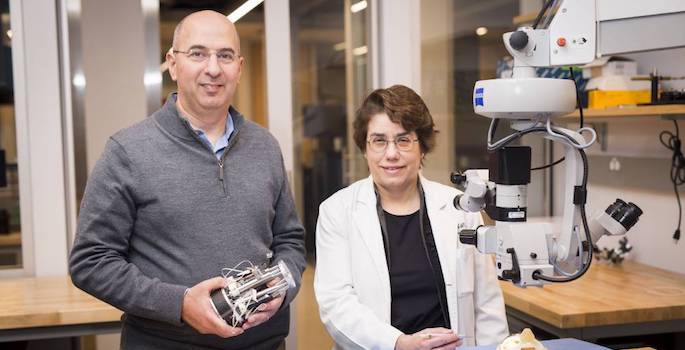