Jan. 8, 2020—The 1965, 1974 and 1993 Southeastern Conference regular season championship teams will be honored during three Commodore men’s basketball games this season, with the 1974 team to be recognized first this Saturday during Vanderbilt’s game with Texas A&M at Memorial Gym. 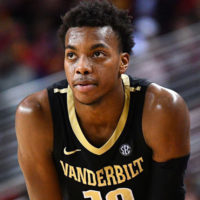 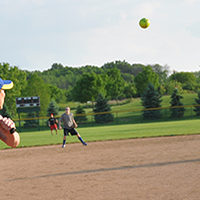 May. 4, 2018—Grab your friends and register a team to compete this summer in the Vanderbilt Recreation & Wellness Center's intramural softball and basketball leagues. 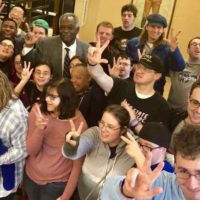 Mar. 30, 2018—The Horvitz YouthAbility program, a Cleveland organization that serves disabled and at-risk youth, has made a donation to the Perry E. Wallace Basketball Scholarship after its members read Wallace's biography and visited Nashville to walk in his footsteps. 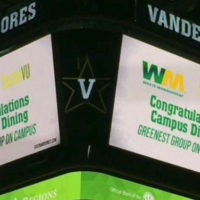 Mar. 21, 2018—Vanderbilt Campus Dining was named the winner of the 2018 Vanderbilt Basketball Sustainability Competition. The group celebrated its title of “Greenest Group on Campus” at the game against Missouri Feb. 27.

Feb. 19, 2018—Vanderbilt alumnus and civil rights trailblazer Perry Wallace has been honored with a new scholarship that will provide support for student-athletes at the university.

Nov. 27, 2017—On the latest episode of "The Zeppos Report," Vanderbilt writer-in-residence Andrew Maraniss tells Chancellor Nicholas S. Zeppos about his personal journey to Vanderbilt and how it led him to write Perry Wallace's biography.

Author of Perry Wallace biography has unique role at Vanderbilt

Sep. 1, 2017—Andrew Maraniss, who wrote Strong Inside: Perry Wallace and the Collision of Race and Sports in the South, is working with Vanderbilt students from a unique position this academic year. He is spending part of his time as a writer-in-residence at The Martha Rivers Ingram Commons, where he is leading special programming with first-year students....

Sep. 29, 2016—A reunion 50 years in the making made a significant impact on first-year students at the 10th annual Lawson Lecture Sept. 27, when Vanderbilt alumni Perry Wallace and Godfrey Dillard shared their stories of being young African American basketball recruits and students on campus in the late-1960s.