More than one million Americans per year experience myocardial infarction, commonly known as a heart attack, as well as the healing and rebuilding phase that begins shortly thereafter – a complicated process which involves remodeling and repairing the heart.

This process is known as the granulation phase and is critical for healing. But due to bodily response in the form of inflammation and scarring, this phase simultaneously reduces cardiac function, significantly increasing the risk of future cardiac events, including heart failure.

Now, a new study published by Vanderbilt mechanobiology researchers details a possible solution for fine-tuning inflammation and cellular activity in cardiac recovery – thanks to an antibody initially developed for rheumatoid arthritis.

The paper is available today in the journal JCI Insight.

The research, conducted by a collaborative team from the Merryman Mechanobiology Laboratory at Vanderbilt University and medical research labs at Vanderbilt University Medical Center, looks at the inflammation phase after myocardial infarction events and is the first to target a specific protein, known as cadherin-11 – a major contributor to inflammation in cardiac fibrosis.

The new findings are significant as they build on existing work looking at cadherin-11, including a 2017 paper from the Vanderbilt team which showed how this particular antibody could target cadherin-11 to prevent calcific aortic valve disease.

“Some amount of inflammation is necessary in myocardial infarction, but becomes excessive and causes adverse side effects,” noted senior author W. David Merryman, Walters Family Chair in the School of Engineering and a Professor of Biomedical Engineering, Pharmacology, Medicine, and Pediatrics. “This latest work with the antibody shows a new ability to maintain more precise control over the amount of inflammation in the fibrotic remodeling process, which yields reduced scarring and improved cardiac function.” 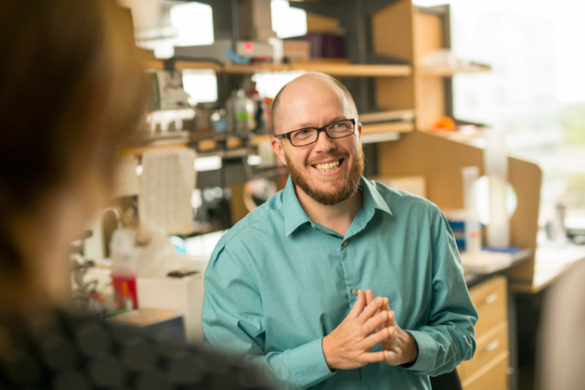 Here’s how it happens: In the aftermath of myocardial infarction, immune cells are first recruited to assist in stabilizing and clearing the heart of debris. Once that process is complete, signaling begins for inflammation to kick in and cells known as myofibroblasts begin remodeling. By using the antibody developed for blocking cadherin-11 in patients with rheumatoid arthritis, the researchers were able to similarly target and fine-tune the level of inflammation in cardiac recovery, thereby allowing the heart to better recover and return to operating at a healthier pace.

According to Merryman, the antibody has already been tested for clinical use, and thanks to this new research, is likely to generate excitement as a post-myocardial infarction treatment.

“Our studies using this antibody noted improvements in every metric,” noted Merryman. “Starting with calcific aortic valve disease and now with myocardial infarction, we’ve seen significant improvements from short-term heart function to long-term prevention of progression into heart failure. This antibody is a major step forward for cardiac recovery.”