Imagine a box you plug into the wall that cleans your toxic air and pays you cash.

That’s essentially what Vanderbilt University researchers produced after discovering the blueprint for turning the carbon dioxide into the most valuable material ever sold – carbon nanotubes with small diameters.

Carbon nanotubes are supermaterials that can be stronger than steel and more conductive than copper. The reason they’re not in every application from batteries to tires is that these amazing properties only show up in the tiniest nanotubes, which are extremely expensive. Not only did the Vanderbilt team show they can make these materials from carbon dioxide sucked from the air, but how to do this in a way that is much cheaper than any other method out there.

These materials, which Assistant Professor of Mechanical Engineering Cary Pint calls “black gold,” could steer the conversation from the negative impact of emissions to how we can use them in future technology.

“One of the most exciting things about what we’ve done is use electrochemistry to pull apart carbon dioxide into elemental constituents of carbon and oxygen and stitch together, with nanometer precision, those carbon atoms into new forms of matter,” Pint said. “That opens the door to being able to generate really valuable products with carbon nanotubes.

“These could revolutionize the world.”

In a report published today in ACS Applied Materials and Interfaces, Pint, interdisciplinary material science Ph.D. student Anna Douglas and their team describe how tiny nanoparticles 10,000 times smaller than a human hair can be produced from coatings on stainless steel surfaces. The key was making them small enough to be valuable.

“The cheapest carbon nanotubes on the market cost around $100-200 per kilogram,” Douglas said. “Our research advance demonstrates a pathway to synthesize carbon nanotubes better in quality than these materials with lower cost and using carbon dioxide captured from the air.”

But making small nanotubes is no small task. The research team showed that a process called Ostwald ripening — where the nanoparticles that grow the carbon nanotubes change in size to larger diameters — is a key contender against producing the infinitely more useful size. The team showed they could partially overcome this by tuning electrochemical parameters to minimize these pesky large nanoparticles.

This core technology led Pint and Douglas to co-found SkyNano LLC, a company focused on building upon the science of this process to scale up and commercialize products from these materials.

“What we’ve learned is the science that opens the door to now build some of the most valuable materials in our world, such as diamonds and single-walled carbon nanotubes, from carbon dioxide that we capture from air through our process,” Pint said. 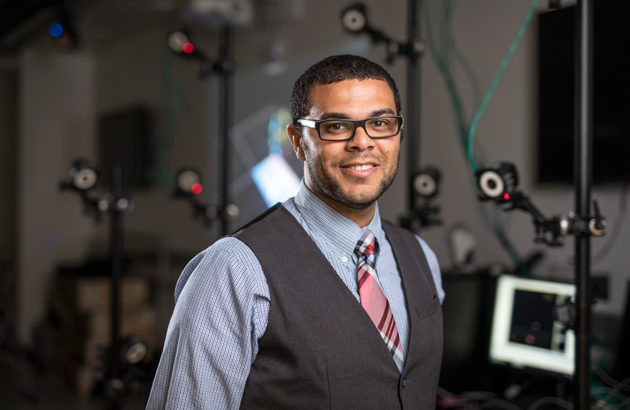