A grant of more than $100,000 from Sesame Workshop will support a study by researchers at Vanderbilt’s Peabody College of education and human development measuring the effects of watching Sesame Street on young children’s understanding of kindness and emotions.

Special Education Professor Mary Louise Hemmeter leads the study. “Sesame Street Season 47: Focus on Kindness,” will recruit 300 children from early childhood programs in Nashville and randomly assign them to two groups. The intervention group will watch 12 episodes of the popular television show. The other group will watch the same number of episodes of a developmentally appropriate nature-themed documentary.

“Developing positive social relationships and communicating emotions effectively is important to a child’s success in school and life. I can’t think of a better way to start than learning to be kind to others,” said Hemmeter, who is one of the developers of the Pyramid Model for Supporting Social Emotional Competence in Young Children, an evidence based model for use in early childhood classrooms.

Researchers will recruit from child care, Head Start, and public school pre-K classrooms that serve a diverse group of children. The team will ask about each family’s media use at home, the child’s previous exposure to Sesame Street, and family viewing habits—if parents and children watch the shows together and talk about the content.

Parents in both groups will be asked to watch the video selection multiple times that week with their children. They also will be expected to talk with their children about the episode while watching it, and discuss it during the week. Parents and teachers of each child will be asked to complete an online survey assessing the child’s kindness, empathy and compassion, feelings, and gratitude before and at the conclusion of the study. Teachers will not know which children are assigned to which group.

“Previous research has shown that when parents engage in active mediation, which is simply watching the shows with their children and talking about the content, children are more likely to understand and use the behaviors demonstrated in the shows,” said co-author Assistant Professor of Special Education Erin Barton. “We look forward to examining this phenomenon as it relates to kindness in the Sesame Street episodes.”

Results of the study will be available in summer 2018. 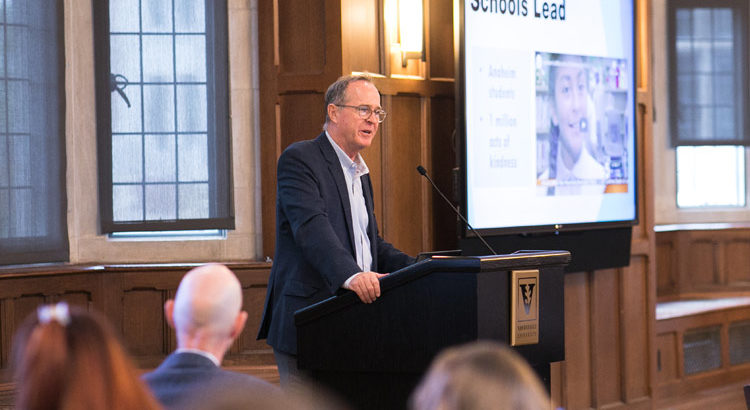