People with less financial knowledge unlikely to borrow for college

People either with low levels of financial literacy or who have used payday lending are far less willing to borrow to pay for college, according to a new Vanderbilt study.

Loan aversion is a widespread phenomenon and the subject of a multiyear Vanderbilt study funded by the Lumina Foundation. The term, as it applies to postsecondary education, is generally defined as a person’s unwillingness to acquire debt to pay for college, even when the investment would likely offer future benefit through higher salary potential.

The study was led by Angela Boatman and Brent Evans, both assistant professors of public policy and higher education at Vanderbilt’s Peabody College of education and human development. Results were published recently by The Annals of the American Academy of Political and Social Science.

“On average, the individual returns to college enrollment and completion are large, with gains in income of around 10 percent for each year of postsecondary education,” Boatman said. “Despite these average returns, there is concern that … those who are averse to borrowing money for college may underinvest in higher education, leading them to work for pay, enroll part time, or stop attending altogether. Understanding this phenomenon is important at both the individual and societal levels.” 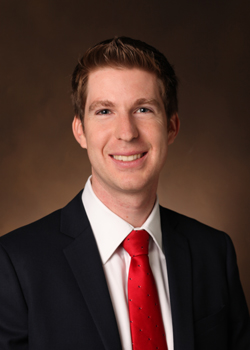 Boatman and Evans evaluated a unique dataset of survey responses from more than 5,000 individuals in three populations:

In this study, they measured three financial characteristics: financial literacy, knowledge about federal student loans, and prior experiences in the credit market.

Collectively, student debt represents the second largest source of household debt in the nation at $1.3 trillion with 21 percent of households reporting some level of education-related debt. Student loans have become an essential tool for many students to pay for postsecondary education.

“National surveys have found that the majority of people lack basic financial knowledge with only about one third of Americans understanding such concepts as compounding interest,” Boatman said. “As the cost of college continues to rise, students are asked to weigh the cost of borrowing money for their education with the potential returns on that investment. Student loans expand the opportunities to postsecondary education, but loan aversion may pose a barrier for many potential students.”