Researchers have documented that black college students draw on ‘grit’—mental toughness and perseverance—to achieve in predominantly white academic institutions. But a new Vanderbilt study says that notion fails to recognize an emerging mental health crisis for these students.

“Weathering the cumulative effects of living in a society characterized by white dominance and privilege produces a kind of physical and mental wear-and-tear that contributes to a host of psychological and physical ailments,” explained Ebony McGee, assistant professor of diversity and urban schooling at Vanderbilt’s Peabody College of education and human development. “We have documented alarming occurrences of anxiety, stress, depression and thoughts of suicide, as well as a host of physical ailments like hair loss, diabetes and heart disease.”

“Reimagining Critical Race Theory in Education: Mental Health, Healing and the Pathway to Liberatory Praxis,” a paper McGee co-authored with David Stovall, associate professor of African American studies and educational policy studies at University of Illinois at Chicago, was published by Educational Theory. Through the lens of critical race theory, the researchers challenge the construct of grit to consider the extent to which the mental health concerns of black students go undetected.

“We have witnessed black students work themselves to the point of extreme illness in attempting to escape the constant threat of perceived intellectual inferiority,” McGee said. “We argue that the current enthusiasm for teaching African American students with psychological traits like grit ignores the significant injustice of societal racism and the toll it takes, even on those students who appear to be the toughest and most successful.”

The research compares high-achieving black students to the historical figure John Henry, a slave who literally worked himself to death in order to prove his worth.

“John Henryism is a coping strategy often adopted by high-achieving African Americans, who may unconsciously (and increasingly consciously) sacrifice their personal relationships and health to pursue their goals with a tenacity that can be medically and mentally deleterious,” the study states.

Grit is a term that is a race-neutral term, but it is often associated with measuring success through the development of certain characteristics and achievement of specific goals, while overlooking the discriminatory processes that hamper the successes of black students, McGee explained. While being resilient is required for any college student, black students bear the additional burden of proving their intellectual worth in the face of overt or covert racism.

Serving as teachers and mentors, McGee and Stovall have been privy to many firsthand accounts of the black student’s struggle to survive and thrive in a predominantly white environment.

“Those who are struggling with the multiple burdens associated with being a black student must be protected against daily discrimination,” Stovall said. “In contrast to research that concludes with messages of the need for grit and a tougher mental attitude, a more holistic perspective focuses on gaining a thorough understanding of the psychological, emotional and mental harm these students endure.”

The authors argue in favor of systemic changes in universities so that healing for black students can begin, in ways that appear to be different from traditional psychological and wellness approaches.

“The process of healing from racial battle fatigue and institutional racism requires significant internal commitment and external support,” the study states. “Black college students are brilliant, talented, and creative, and they dream as big as other students. Pursuing higher education should not make them sick.” 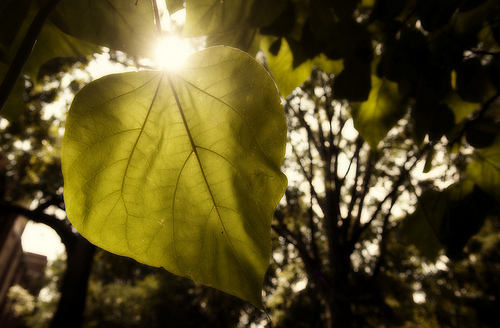 Our commitment to an inclusive Vanderbilt