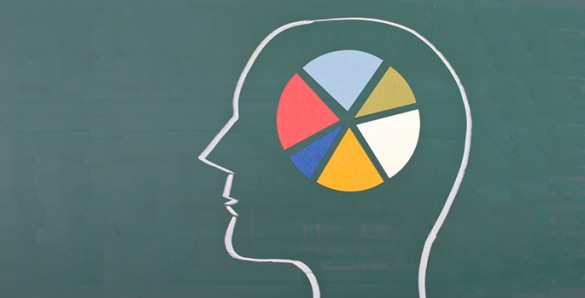 Gordon Logan, Centennial Professor of Psychology at Vanderbilt University, has been awarded the 2014 Howard Crosby Warren Medal, which is given annually by the Society of Experimental Psychologists for the most significant advances in the field in the last five years.

The award was announced last weekend at the annual meeting of the society held at the University of California, Los Angeles. It was given for Logan’s “profound theoretical, experimental and methodological contribution to our understanding of critical phenomena in the area of cognitive psychology.”

Previous holders of the medal, which has been awarded annually since 1936, include B.F. Skinner, Roger W. Sperry, Roger Shepard and Eric Kandel.

According to the citation, “Gordon Logan has made profound theoretical and empirical contributions to the study of attention and automaticity, the development of skill acquisition and the nature of executive control.” It explained that he pioneered the “stop-signal paradigm” that forces subjects to inhibit an ongoing action in response to a stop signal and explained how people react in this situation as a race between the mental processes that govern the action and a “stop process” that inhibits the action. “The paradigm provides an elegant approach to assessing the issue of how people inhibit their behaviors, and has been applied successfully to the study of performance in wide varieties of clinical populations who show deficits in inhibitory control.”

Also cited was the widespread influence of Logan’s “instance theory of automatization.” The theory holds that automatic processing develops because the observer stores separate representations or “instances” of each exposure to a task and that consistent practice increases the speed with which a person can retrieve these instances. “The theory accounts for fundamental quantitative results involving the speed-up functions associated with practice in cognitive tasks,” the citation said.

In recent work, Logan has shown that the hands of skilled typists know when they make an error, even when the mind does not, and has collaborated in studies that suggest the brain controls impulsive behavior in a manner that is substantially different than psychologists have thought for the last 40 years, a discovery that sheds new light on how the brain controls all sorts of basic impulses.

The society was founded in 1904 and its goal is to advance psychology by arranging informal conferences on experimental psychology. It has a current membership of 220 individuals – 5 to 10 percent of the practicing experimental psychologists in North America – and admits six new members each year. It holds an annual meeting each spring.