Vanderbilt recently played host to the United Kingdom’s Secretary of State for Education Michael Gove when the British Conservative Party politician called on members of the Tennessee Consortium on Research, Evaluation and Development, housed at Vanderbilt Peabody College of education and human development.

Gove came to Nashville to learn more about Tennessee’s education reform initiatives, including Race to the Top. The Nashville Chamber of Commerce hosted a dinner and discussion for Gove and Vanderbilt representatives.

“It was a lively discussion,” Matthew Springer, assistant professor of public policy and education at Peabody and director of the consortium, said. “We discussed a number of education-related reforms in the United States and U.K., including educator compensation, school autonomy/school choice and educator evaluation systems.”

Gove is also an author and former journalist for The Times newspaper and former reporter for BBC television. 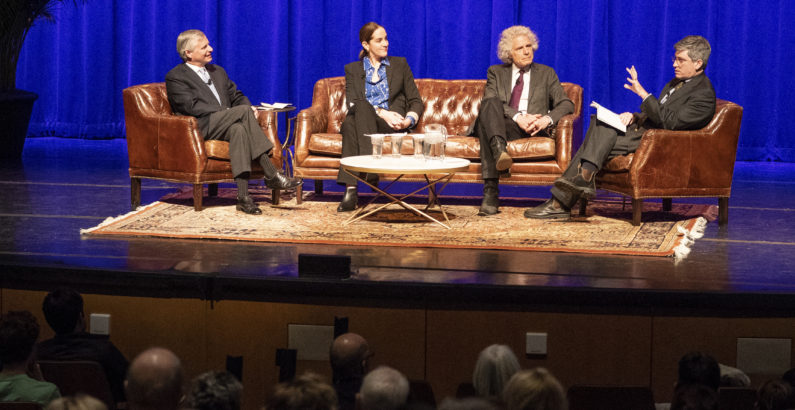