Homeschooling goes under the microscope in new Peabody research 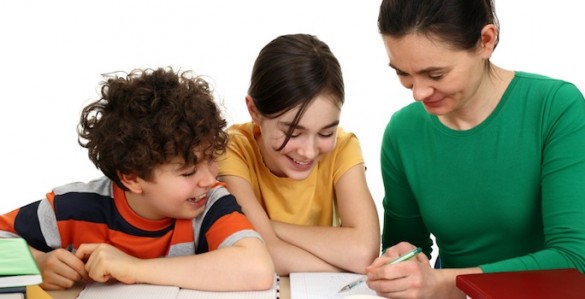 More than 2 million children in the United States are now homeschooled, up from only 15,000 40 years ago, but little research has been done on the academic and social outcomes of this student population. In a first-of-its-kind analysis, Vanderbilt University researcher Joseph Murphy examined home schooling from its inception in the 1970s to today in order to better understand this growing social movement and what it means for education.

Home schooling is greatly understudied because it is difficult to capture data, Murphy says. Because homeschoolers are not included in typical school district data or federally required exams and are also scattered around the country in nearly as many households as there are students, it is challenging to evaluate the impact of this education alternative.

Murphy’s research focuses on the history of the homeschooling movement in America, its exponential growth, the people who comprise the homeschool population and the impact of this educational path on the student and society.

The findings of his three-year study are culminated in the newly released book, Homeschooling in America.

“The purpose of the book is to offer an informed understanding of the movement,” said Murphy, the Frank W. Mayborn Professor and Chair in the Department of Leadership, Policy and Organizations at Vanderbilt’s Peabody College of education and human development. “[rquote]These movements tend to be highly ideological and everyone has a belief and ideology. The book strives to move beyond that to actually understand what is happening and why it’s happening.”[/rquote]

While Murphy found that religion and values are the No. 1 reasons parents choose to homeschool their children, these are not the only motivations. Disgruntlement with schools and personal family needs are also common reasons, followed by parents who feel they can better educate their kids than the public school system.

A common worry is that children who are home-schooled will not be socialized, but Murphy found that most of these students have very rich social networks. Academically, he says, it is more difficult to get answers, although statistically, as many home-schooled students attend college as their traditional public school peers.

“Homeschool students are successful and they don’t perform worse than other students or seem to be disadvantaged in any way,” Murphy said. “If you have one teacher dedicated to one or two children, it’s a success equation, and so it doesn’t surprise me [homeschooling] works.”

Murphy has long researched the notion of opening the education system to market and customer forces through avenues that make education more client and customer sensitive such as charter schools and school vouchers. Homeschooling, he says, is the most radical example of privatization of schooling because it takes the entire cost off the public payroll and places it solely on the parent.

Murphy says homeschooling has become a competitor in the school choice marketplace, but he does not think the trajectory will continue to rise.

“One of the things that will cap homeschooling is that some 90 percent of these families take a parent out of the wage earning sector,” Murphy said, noting that up to 95 percent of homeschool teachers are full-time mothers. “There can only be so many people who give up their jobs to stay home, so that is a natural capper to growth.”

The wild card, he says, is technology, which could enable more students to “school at home,” but this option is actually a threat to homeschooling because online schooling is currently dominated by public schools. Although there is not much data on this, Murphy predicts that in the future, more homeschooling parents will elect an online option funded by local school systems that allows them to keep their kids at home while offsetting cost to local schools.

Meanwhile, Murphy says parents are increasingly willing to invest the kind of time and energy it takes to homeschool, even though research that examines the outcomes of home schooling is in very short supply.