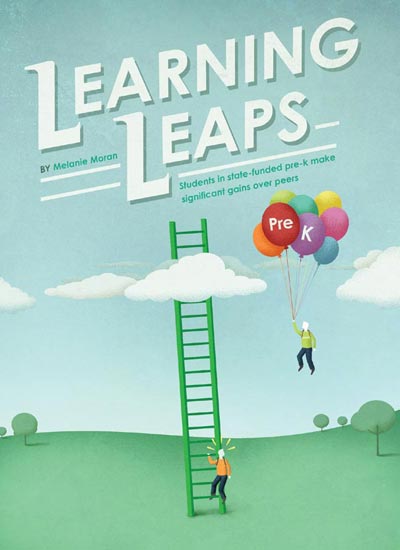 Children who attended Tennessee state-funded prekindergarten classes gained an average of 82 percent more on early literacy and math skills than comparable children who did not attend, researchers from the Peabody Research Institute have found.

The initial results are from the first rigorous longitudinal study that has been conducted on the effects of public prekindergarten attendance on a statewide scale.

“This research is difficult to do but critically important to evaluating the effects of Tennessee’s investment in pre-k,” study leaders Mark Lipsey and Dale Farran said. “Such evidence is especially important in the context of the current budgetary constraints in Tennessee and other states that have made commitments to pre-k education.”

Since passage of the Voluntary Pre-K for Tennessee Act in 2005, the state has significantly expanded its pre-k funding. Tennessee currently invests more than $85 million annually in pre-k education programs serving approximately 18,000 children in more than 900 classrooms.

For the study, 23 schools in 14 Tennessee school districts randomly admitted children to their pre-k program. All of the schools received applications from more students than they could accommodate. The children admitted to pre-k were then compared to the children whose families applied but were not admitted. A total of 303 children were involved in this phase of the study.

Results from a second study using a regression-discontinuity design corroborated the findings of the first. The second study compared 682 children who attended 36 pre-k classes in rural and urban middle Tennessee schools to 676 children who had to enter a year later because of the birth date cutoff for pre-k eligibility.

The strongest differences were again in the areas of literacy and language skills, with more modest gains in math skills.

“These studies were possible only because of a strong partnership with the Division of School Readiness and Early Learning in the Tennessee Department of Education and the commitment of school districts across the state to learning about the effects of pre-k,” Lipsey said. 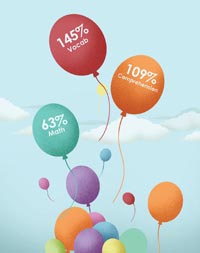 The research is funded by a $6 million grant from the U.S. Department of Education’s Institute of Education Sciences.

The PRI researchers reported on their findings in March at the annual meeting of the Society for Research on Educational Effectiveness in Washington, D.C. A pdf copy of their presentation slides can be viewed at http://peabody.vanderbilt.edu/Documents/pdf/PRI/SREE_presentation_2011.pdf.