Brain scans of adolescents with dyslexia can be used to predict the future improvement of their reading skills with an accuracy rate of up to 90 percent, new research indicates. Advanced analyses of the brain activity images are significantly more accurate in driving predictions than standardized reading tests or any other measures of children’s behavior.

The finding raises the possibility that a test one day could be developed to predict which individuals with dyslexia would most likely benefit from specific treatments.

The research was published Dec. 20, 2010, in the Proceedings of the National Academy of Science.

“This approach opens up a new vantage point on the question of how children with dyslexia differ from one another in ways that translate into meaningful differences two to three years down the line,” Bruce McCandliss, Patricia and Rodes Hart Chair of Psychology and Human Development at Vanderbilt University’s Peabody College and a co-author of the report, said. “Such insights may be crucial for new educational research on how to best meet the individual needs of struggling readers.

“This study takes an important step toward realizing the potential benefits of combining neuroscience and education research by showing how brain scanning measures are sensitive to individual differences that predict educationally relevant outcomes,” he continued.

“This finding provides insight into how certain individuals with dyslexia may compensate for reading difficulties,” Alan E. Guttmacher, director of the National Institutes of Health’s Eunice Kennedy Shriver National Institute of Child Health and Human Development, which provided funding for the study, said.

“Understanding the brain activity associated with compensation may lead to ways to help individuals with this capacity draw upon their strengths,” he continued. “Similarly, learning why other individuals have difficulty compensating may lead to new treatments to help them overcome reading disability.”

The 45 children who took part in the study ranged in age from 11 to 14 years old. Each child first took a battery of tests to determine their reading abilities. Based on these tests, the researchers classified 25 children as having dyslexia,  which means that they exhibited significant difficulty learning to read despite having typical intelligence, vision and hearing and access to typical reading instruction.

During the fMRI scan, the youths were shown pairs of printed words and asked to identify pairs that rhymed, even though they might be spelled differently. The researchers investigated activity patterns in a brain area on the right side of the head, near the temple, known as the right inferior frontal gyrus, noting that some of the children with dyslexia activated this area much more than others. DTI scans of these same children revealed stronger connections in the right superior longitudinal fasciculus, a network of brain fibers linking the front and rear of brain.

When the researchers once again administered the reading test battery to the youths two and a half years later, they found that the 13 youths showing the stronger activation pattern in the right inferior frontal gyrus were much more likely to have compensated for their reading difficulty than were the remaining 12 youths with dyslexia. When they combined the most common forms of data analysis across the fMRI and DTI scans, they were able to predict the youths’ outcomes years later with 72 percent accuracy.

The researchers then adapted algorithms used in artificial intelligence research to refine the brain activity data to create models that would predict the children’s later progress. Using this relatively new technique, the researchers could use the brain scanning data collected at the beginning of the study to predict with over 90 percent accuracy which children would go on to improve their reading skills two and a half years later.

In contrast, the battery of standardized, paper-and-pencil tests typically used by reading specialists did not aid in predicting which of the children with dyslexia would go on to improve their reading ability years later.

“Our findings add to a body of studies looking at a wide range of conditions that suggest brain imaging can help determine when a treatment is likely to be effective or which patients are most susceptible to risks,” Hoeft said.

Hoeft further explained that the largest improvement was seen in reading comprehension, which is the ultimate goal of reading. The youths showed less improvement in other reading-related skills such as phonological awareness. Typically developing readers tend to develop phonemic awareness skills before developing fluency and comprehension skills.

Hoeft suggested the finding that youths with dyslexia recruited right brain frontal regions to compensate for their reading difficulties, rather than regions in the left side of their brains, as typical readers do, may have something to do with this.

The study is part of a rapidly developing field of research known as “educational neuroscience” that brings together neuroimaging studies with educational research to understand how individual learners differ in brain structure and activity and how learning can drive changes at the neural level. Such questions are now being effectively examined in young children even before reading instruction begins, McCandliss explained in a Proceedings of the National Academy of Science article published earlier this year.

“This latest study provides a simple answer to a very complex question—‘what can neuroscience contribute to complex issues in education?’” McCandliss said. “Here we have a clear example of how new insights and discoveries are beginning to emerge by pairing rigorous education research with novel neuroimaging approaches.” 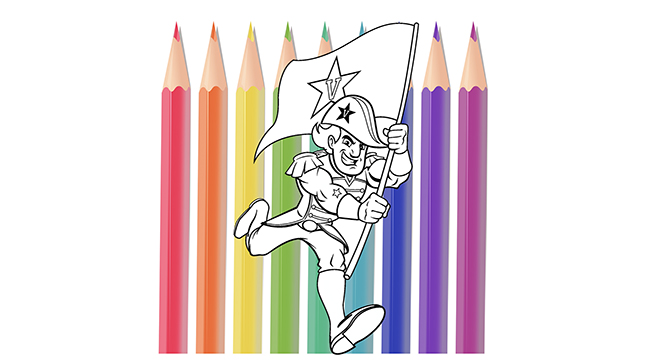