Aug. 20, 2019—Two giants in the science world joined Chancellor Emeritus Nicholas S. Zeppos on April 30 for the final 2018–19 Chancellor’s Lecture Series event, passionately advocating for an America that encourages its citizens to abandon simple opinion on big challenges and instead use evidence-based, critical thinking. 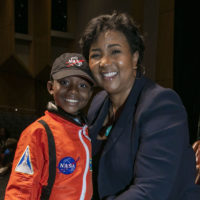 May. 1, 2019—Two giants in the science world joined Chancellor Nicholas S. Zeppos onstage Tuesday for the academic year’s final Chancellor’s Lecture Series event, passionately advocating for an America that encourages its citizens to abandon simple opinion on big challenges and instead use evidence-based, critical thinking. 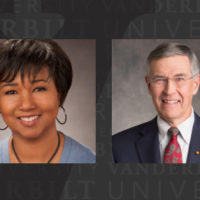 Apr. 22, 2019—Science advocacy and innovation will be the theme of the final Chancellor’s Lecture of the 2018-19 season, set for Tuesday, April 30, in Langford Auditorium. Chancellor Nicholas S. Zeppos will host Mae Jemison and Rush Holt, two scientists with storied careers in government and public service. 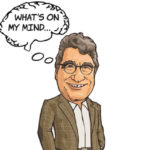 What’s On My Mind: The Lessons of Civil Discourse

Mar. 13, 2019—In this week's column, Chancellor Nicholas S. Zeppos discusses President George W. Bush's recent visit to campus and the lessons to be learned by engaging in civil discourse. 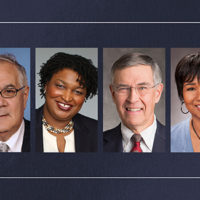 Feb. 20, 2019—A former United States president, groundbreaking political figures, and nationally renowned science advocates are among the speakers to be featured in the coming weeks of the Chancellor’s Lecture Series at Vanderbilt.

Apr. 26, 2012—A new award, called the Golden Goose Award, has been established in order to highlight the often unexpected or serendipitous nature of basic scientific research by honoring federally funded researchers whose work may once have been viewed as unusual, odd or obscure but which has produced important discoveries that have benefited society in significant ways.