Mae Jemison, engineer, entrepreneur and the first woman of color in space, and Rush Holt, physicist, longtime congressman and now CEO of the American Association for the Advancement of Science, attracted a crowd of Vanderbilt University researchers plus many mothers and daughters – several carrying Mae Jemison Lego sets and one wearing an astronaut costume.

“The polling in America shows very high respect for scientists and overwhelming support for research, particularly biomedical research, across all demographic groups and education levels,” Zeppos said. “Why is that? What brings it home to a person? Is it because they see relatives living longer with new cancer treatments? Is it people gathering to watch the eclipse?”

Jemison, who carried out bone cell experiments aboard the Space Shuttle Endeavour in 1992, said children are born fascinated by the world around them and, early on, work to decipher its mysteries. The key is keeping them engaged with hands-on science education.

“It’s about a commitment to education and the education of all students,” she said. “What child doesn’t deserve a great education?

“We have backed away from our responsibility as adults to ensure every child has immediate access to a good education. We’ve become accustomed to doing everything on the cheap. Even though we act like we’re putting a lot of money into it, we’ll say, ‘We’re not going to be able to fund this right now.’ Children can’t do stages of their life over.”

Holt said our nation was founded on empirical evidence, pointing out that the Federalist Papers talk much more about “the experiment” of America than democracy.

“They were trying to say, ‘What does the evidence show?’ That should be the arbiter of ideas,” Holt said. “I don’t know how we’ll deal with what I call the plight of democracy right now, but we can draw on the favorable opinion most Americans have of science and get them to agree why science works.”

The lecture series, held at Langford Auditorium, strives to connect the university and the Nashville community with leaders and visionaries who are shaping our world. Before Tuesday’s event, titled “Charting the Future of STEM Education: Innovation, Discovery and the Critical Role of the University.” Jemison conversed with students, faculty and postdoctoral fellows connected to STEM fields in a private meet and greet. Holt spent his time on campus connecting with faculty in the basic sciences during a roundtable discussion.

Jemison is now principal on the 100 Year Starship Project, a study dedicated to developing a viable path to interstellar travel, and is the founder of two technology companies and the Dorothy Jemison Foundation, named for her educator mother, which supports and organizes STEM education opportunities.

Before coming to AAAS, Holt served for 16 years as a member of the U.S. House of Representatives, representing New Jersey’s 12th Congressional District. He served on the Committee on Natural Resources and the Committee on Education and the Workforce, establishing a long track record of advocacy for federal investment in research and development, science education and innovation.

For more information about the lecture and the series, visit the Chancellor’s Lecture Series website or email cls@vanderbilt.edu. 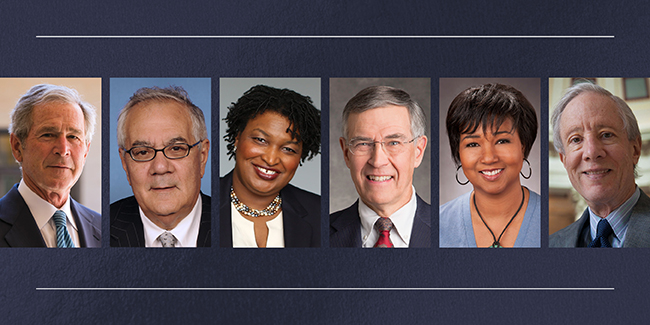 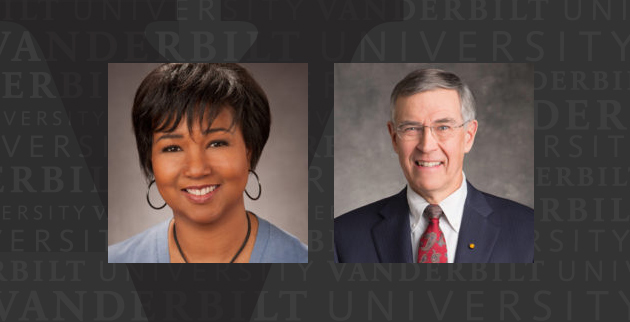 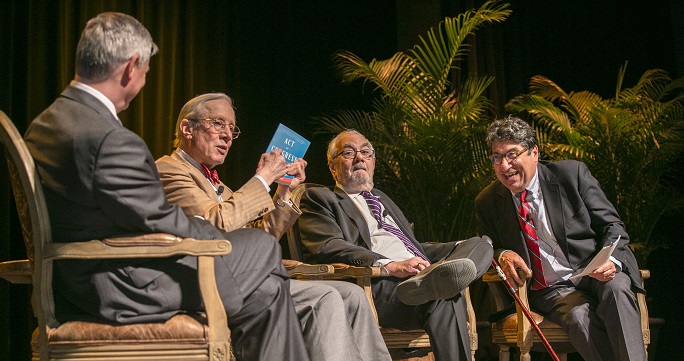