What better way to launch a new academic year at Vanderbilt University than sharing in the first total solar eclipse in nearly a century to unfold from coast to coast. Nashville sat in the path of totality for this incredible celestial event, and much of the Vanderbilt community came together on Alumni Lawn.

Members of the Class of 2021, who had just moved onto campus two days before the eclipse, joined together to witness this once-in-a-lifetime event at The Martha Rivers Ingram Commons.

Vanderbilt University researchers joined a national NASA weather balloon project giving scientists and people around the world a view of the total solar eclipse from the edge of space.

The high-altitude balloon, launched by the Vanderbilt School of Engineering, carried a 12-pound payload of scientific instruments for research and a camera for live streaming. Partnering universities and research groups from Oregon to South Carolina released 55 additional weather balloons as a part of the project—a feat that’s never been accomplished before. 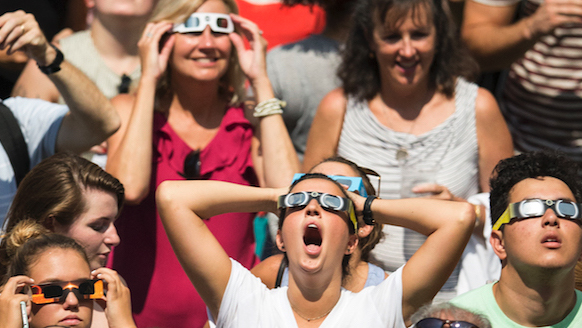