As the Arctic Ocean becomes less icy as a result of a warming climate, it could prove to be a viable—and more convenient—shipping route for global logistics companies.

To determine the feasibility of navigating the challenging Arctic environment, Hiba Baroud, assistant professor of civil and environmental engineering, and Ralf Bennartz, professor of earth and environmental sciences, in collaboration with Alice DuViver, a scientist at the National Center for Atmospheric Research (NCAR), have been awarded a National Science Foundation (NSF) grant to develop a risk-analysis framework that evaluates the economic and environmental tradeoffs between this new potential trade route and established southern routes.

In 2016 the NSF named Navigating the New Arctic as one of its 10 Big Ideas because “Arctic change will fundamentally alter climate, weather and ecosystems globally in ways that we do not yet understand but that will have profound impacts on the world’s economy and security.” Geopolitical considerations are also a factor in considering Arctic trade routes as both Russia and China have indicated their ambitious plans to expand their footholds in the region.

Baroud and Bennartz are specifically looking at the Northern Sea Route (NSR), which runs along the border of northern Russian. Travel between Japan and the Netherlands along the NSR is 37% shorter than comparative routes through the Suez Canal in the Southern Hemisphere during times of little or no sea ice. The Vanderbilt researchers are considering the various benefits to shippers, versus the environmental impact that could exacerbate already serious threats to the region.

“There are many factors that must be taken into consideration to determine if a trip along the NSR is a net benefit to the shippers, surrounding environments and coastal communities,” said Baroud, who is the Littlejohn Dean’s Faculty Fellow. “For example, cargo ships must be outfitted for protected navigation, have safe places to dock and be reachable by emergency responders before we could definitively say that the NSR is a safe and cost-effective way to move shipments around the world.”

“A preliminary analysis of a simulation comparing the two routes enabled us to make a projection for what global shipping routes could look like through 2100,” Bennartz added. “Until 2050, the Suez Canal will remain a better option for shippers because of the increased risk of navigation along the NSR. We continue to review and incorporate projected climate events and sea-ice changes from our collaborators into our calculations.”

The research is also being conducted with input from Arctic communities with an interdisciplinary mindset. “The project requires us to take into account the built and natural environments of the Arctic, and while our approach is founded in analytical methods, we will seek to engage stakeholders in our research,” Baroud said. 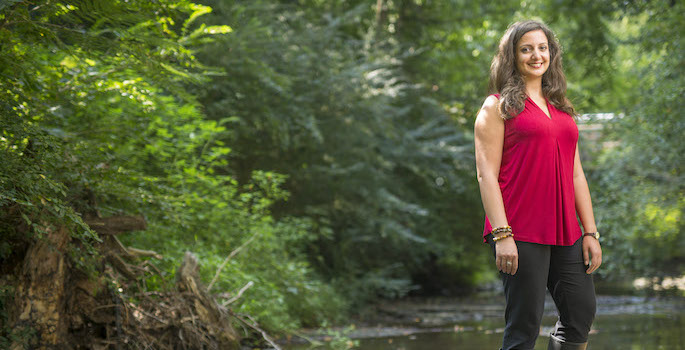