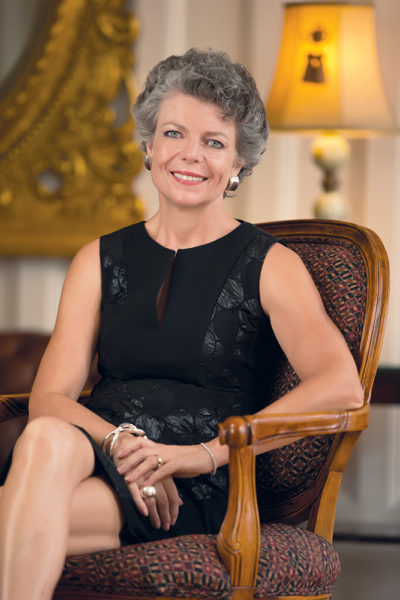 On Sept. 16, Peabody held its first Dean’s Diversity Lecture of the new academic year. The college was proud to host Arun Gandhi, grandson of Mahatma Gandhi. His lecture was titled, “Is Peace Possible in a Culture of Violence?” In his remarks Gandhi shared anecdotes about the clever and concrete ways his grandfather taught him to understand that violence not only is active but also passive, and that we contribute to perpetuating violence without even intending to do so.

Before his lecture Gandhi participated in a vigil for peace on Magnolia Circle. As construction trucks slowly passed and traffic whizzed along Edgehill Avenue, guests were called to become more peaceful by speakers who included Vanderbilt’s new
chaplain, the Rev. Christopher Ross Donald, EdD’18, a Peabody alumnus. One of our current Humphrey Fellows, Meghna Digant Bhatt, who is from India, sang beautifully a traditional Hindu prayer; and students from both Peabody and the University School of Nashville spoke movingly about Mahatma Gandhi and his philosophy of nonviolence.

I must say, after a long summer of violence in communities across our nation, I was heartened to think that Peabody remains a place that encourages students, faculty and staff to make a more peaceful society.

After a long summer of violence in communities across our nation, I was heartened to think that Peabody remains a place that encourages students, faculty and staff to make a more peaceful society.

Education and human development are at the heart of this work, often in ways you might not realize. Faculty members at Peabody work for peace when they strive to understand bullying and make schools safer for marginalized students. They’re working for peace when designing interventions that support and encourage positive behaviors among our earliest learners. They’re working for peace when studying why re-segregation is happening in schools or how to turn around those that are failing, or how to get clean water to impoverished communities, or how to help adolescents who struggle with depression. Likewise, they work for peace when they seek to dismantle disciplinary policies that disproportionately affect students of color. I could go on and on.

With summer ending and shading into fall, the school year is now in full swing. Every year it lifts the spirits to see so many new students, all of them intent on fulfilling their own potentials to contribute positively to our world. Arun Gandhi said his business card lists his occupation as “peace farmer.” His role, as he sees it, is to scatter seeds of peace and hope they’ll grow. That’s a message we educators can readily understand. We’re all about the future.