Bethany Rittle-Johnson’s 20 years of investigating how to improve learning outcomes for students, particularly in mathematics, has launched a new generation of scholars pursuing similar lines of inquiry.

Why do some kids learn math more easily than others? It’s a simple question, and hardly a new one.

Yet, understanding how the brain functions in a young child learning mathematical concepts—and how teachers can tap into those mechanisms most effectively—is the work of a lifetime for Peabody College’s 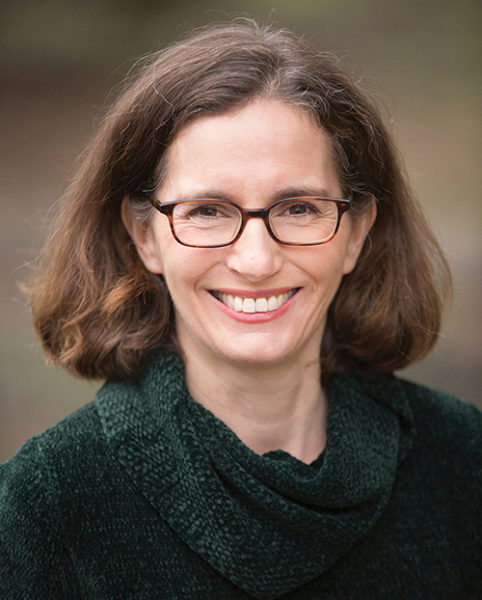 Bethany Rittle-Johnson, the Anita S. and Antonio M. Gotto Professor of Child Development, chair of the Department of Psychology and Human Development, and head of the Children’s Learning Lab at Vanderbilt.

Growing up, Rittle-Johnson always loved figuring out how things worked and being around children. When she went to college, she realized she could put those interests together and become “a scientist about kids.”

Rittle-Johnson joined Vanderbilt in 2002, shortly after earning her Ph.D. from Carnegie Mellon. She has since become one of the world’s most-recognized experts in her field, and has gone on to mentor Ph.D. students who are now making their own significant contributions.

Almost all her doctoral students came to Peabody to study with her because they too had been “struck by the struggles children have with mathematical thinking,” Rittle-Johnson says. “They want to help figure out this puzzle, which is both interesting intellectually as a scientist, but also is something that could help kids learn math better in school.”

Here the Peabody Reflector highlights three former Ph.D. students who worked with Rittle-Johnson—and who are continuing the type of work they began at Vanderbilt. 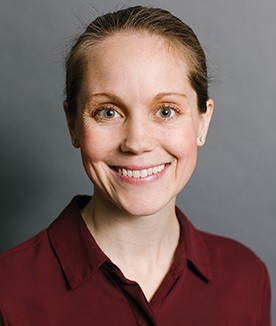 As a young student Emily Fyfe always enjoyed math class and was intrigued as to why her friends didn’t always share her enthusiasm—or, frankly, understand the subject. “Why did an explanation make sense to one friend, but not to another?” she wondered.

Fyfe, now an assistant professor in Indiana University’s Department of Psychological and Brain Sciences, got a glimpse of the answer to that question when she enrolled in an Advanced Placement psychology course in high school. She later majored in the subject as an undergraduate at Notre Dame. “I had no idea psychology was so expansive!” Fyfe recalls. “It involved experiments, thinking about the mind, reading, writing, conducting studies on learning.”

Today, Fyfe runs the Learning and Education Development Lab (LEAD) at Indiana, which explores the science of learning, with a specific focus on how young children acquire mathematics knowledge. Her current work involves two main elements. The first is examining how the early pattern-recognition skills of children (red-blue-blue, red-blue-blue, etc.) relate to learning mathematics between the ages of 4 and 10.

The second initiative is a project called ManyClasses that looks at ways to conduct large-scale, experimental research in real-world classrooms, and then tests the generalizability of results. For example, Fyfe says a ManyClasses study running in 40 college courses at five different universities is examining the benefits of receiving delayed versus immediate feedback on course assignments.

Fyfe was able to hone her interest in the psychology of learning mathematics thanks to her undergraduate work in the research lab of professor Nicole McNeil at Notre Dame. “She studied early math cognition, which was a perfect fit for my interests,” Fyfe says. “I had no idea how much that would impact my life.”

McNeil then introduced Fyfe to Rittle-Johnson, which led to her coming to Peabody. “Her work was amazing, she was remarkably supportive, and she was very clearly respected by all who worked with her,” Fyfe says of Rittle-Johnson. Once Fyfe arrived on campus, she also discovered the Experimental Education Research Training (ExpERT) program, which fostered interaction and research among predoctoral scholars and faculty throughout Peabody.

“The ExpERT program really gave me a more expansive experience in learning how to conduct rigorously controlled psychological experiments in authentic educational settings,” she says, “and in ways that were relevant to educational practice.” 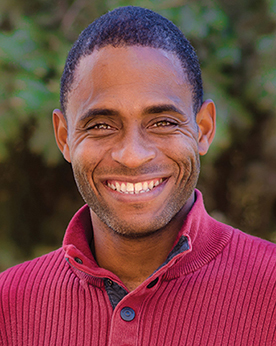 After earning his undergraduate degree in physics from Harvard and then spending five years as a graduate student studying political theory at the University of Chicago, Percival Matthews woke up one day with a realization. “I decided that I felt about political theory the same way I view sushi,” he says. “If a friend asks me to get sushi for dinner, I’ll do it and enjoy it, but I never crave it when I’m on my own.”

So, he quit. And then Matthews had another epiphany: The thing he’d enjoyed most—stretching back to his time as a math tutor in high school, as well as his work at a standardized test-prep firm to help finance graduate school—was helping people learn.

“When I stopped to think about it, the choice to go to school to study something dealing with education was painfully obvious,” says Matthews, who is now an assistant professor of educational psychology at the University of Wisconsin–Madison. Less clear was the area of education he should focus on, as he weighed options that included curricular development, teacher training, and the psychology of learning.
Around this time one of Matthews’ colleagues, a Peabody alumnus, mentioned Vanderbilt. From there he found Rittle-Johnson’s work and grew even more intrigued.

“I knew what I was looking for in an adviser, and she checked all the boxes,” he says, also mentioning the draw of Peabody’s ExpERT program. “Everything just seemed to fit. Once I visited, no other place came close.”

Today, Matthews focuses on two key areas involved with how young children learn math skills. The first has to do with fractions. He says humans possess a perceptual ability to process ratios, and those skills need to be harnessed for children to better understand fractions.

The other research area Matthews explores involves how children learn about the equals sign. He recently completed a longitudinal study—with Peabody’s Lynn Fuchs, Dunn Family Professor of Psychoeducational Assessment and professor of special education—concluding that knowledge of the equals sign by second graders helps predict knowledge of algebra by fourth grade. The study controlled for factors such as cognitive abilities and socioeconomics. To Matthews, that meant specific teaching methods could have a positive impact on learning.

“There is a clear and powerful role for pedagogy in promoting mathematical development,” Matthews says, “a point that is sometimes lost in the search for individual differences.” 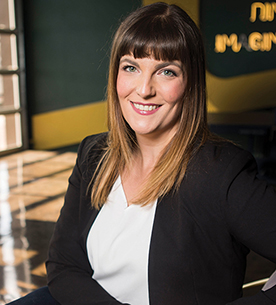 When Katherine McEldoon completed her undergraduate studies in cognitive science at the University of Rochester, she knew she wanted to connect the vast body of rigorous, evidence-based research in the field with real-world practices. She just didn’t know how it would take shape.

Working at Carnegie Mellon, and later the University of Pennsylvania’s Institute for Research in Cognitive Science, McEldoon was involved in tightly controlled studies investigating the mechanisms involved in learning. It was then that she wondered: How are these insights being applied in the real world of education?

That animating question would propel McEldoon first to the graduate program at Peabody, and later to roles at the Tennessee Department of Education and her current position as a senior research scientist at the educational publisher Pearson.

“I had discovered there was this huge disconnect between what the sciences say and how those findings are being applied,” McEldoon says. “For me, it was almost a moral obligation: We have all this knowledge, so let’s use it.”

McEldoon targeted Peabody for her graduate studies because she was inspired by Rittle-Johnson. “She was doing work that is directly informed by theories of cognition,” McEldoon says. “It was also work that was designed to have an impact. In the academic world, that’s very hard to do simultaneously.”

McEldoon joined Rittle-Johnson’s lab while at Vanderbilt and received her Ph.D. in 2014. In her role with the state department of education, and later with the Tennessee Board of Education, McEldoon led efforts to implement theory-based best practices to achieve better learning outcomes. She continues similar work at Pearson, applying research-based theories and concepts to the development of new educational technologies.

“We are making progress on bridging that disconnect between theory and practice,” she says, adding that the work has been bidirectional. “I’ve discovered there’s a lot to learn from educators as well.”