RTI is getting a bad rap, say education researchers

A simpler structure, better implementation may be part of the solution

The Response to Intervention initiative, commonly known in education circles as RTI, is being regarded unfairly in the wake of a negative national evaluation, according to Vanderbilt researchers.

Launched by the Bush administration in 2003, RTI is a multi-tier approach used in thousands of U.S. school districts to identify and support students with learning and behavior needs in the classroom. Adopting RTI has meant lots of training time and the expenditure of untold millions of dollars.

Recently the U.S. Department of Education commissioned a study to examine RTI’s efficacy and implementation, focusing on 146 elementary schools using the program. The findings were unsettling. The report concluded that RTI negatively affected the academic achievement of first graders, and produced no effect at all on second and third graders.

“These unexpected and puzzling outcomes have caused considerable concern from state houses to school buildings,” said Douglas Fuchs, Nicholas Hobbs Professor of Special Education at Vanderbilt’s Peabody College of education and human development. “But after digging deeper into this evaluation, we believe that there is more to the story.”

Fuchs, with co-author Lynn S. Fuchs, the Dunn Family Professor of Psychoeducational Assessment at Peabody, spoke with the lead evaluators and analyzed the 300-plus page report. They published an in-depth response in Exceptional Children.

On the other hand, the implementation data are more easily interpreted, he said.

“Across the 146 study schools, some implemented RTI carefully and competently, while many others did not,” he said. “These findings raise important questions about the limits of many schools to implement complex forms of educational reform.”

A simpler structure may improve schools ability to implement

RTI’s multi-tier system is meant to not only prevent chronic underachievement, but curb the wrongful identification of learning disabilities. The interwoven design is intended to provide a well-integrated system of instruction and intervention. The process begins with high-quality instruction and universal screening. Struggling learners are placed in tier 1, 2 or 3, and then provided with academic interventions at increasing levels of intensity by general education teachers, special educators and specialists. Progress is closely monitored and decisions are made based on the individual student’s progress.

When schools are unable to properly and rigorously implement the complex RTI structure, it’s not fair to say the program itself is ineffective, Fuchs said.

“Rather than concluding ‘RTI doesn’t work,’ our findings and other researchers’ evaluations of RTI support the belief that simpler frameworks, such as a two-tier system, may allow more educators to implement RTI’s most important components with fidelity,” he said. “The reality is that many schools are struggling just to make Tier 1 work. We should be offering them a reasonable alternative that if implemented well, should substantially improve student and school outcomes.”

While it is easy for educators and others to latch on to headlines disparaging RTI, Fuchs believes the time and effort invested in the program should be preserved.

“We fear that the hard work and support of practitioners, researchers and policymakers will stop, and that would be unfair to the many struggling learners in need of academic support,” he said. “We must understand what can and cannot be learned from this evaluation, and it would be inaccurate and unfair to conclude that RTI is a failure based on this evaluation. There is much more work to be done.” 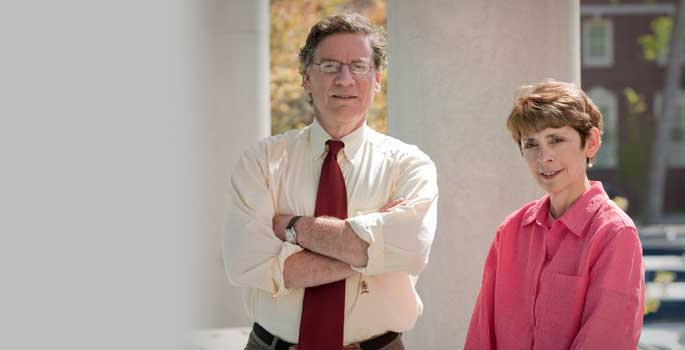