Imagine a planet like Jupiter zipping around its host star every day and a half, superheated to temperatures hotter than most stars and sporting a giant, glowing gas tail like a comet.

That is what an international research team led by astronomers at Ohio State and Vanderbilt universities think they have found orbiting a massive star they have labeled KELT-9, located 650 light years from Earth in the constellation Cygnus.

The discovery is described this week in a paper titled “A giant planet undergoing extreme-ultraviolet irradiation by its hot massive-star host” published by the journal Nature and in a presentation at the spring meeting of American Astronomical Society in Austin, Texas.

With a day-side temperature peaking at 4,600 Kelvin (more than 7,800 degrees Fahrenheit), the newly discovered exoplanet, designated KELT-9b, is hotter than most stars and only 1,200 Kelvin (about 2,000 degrees Fahrenheit) cooler than our own sun. In fact, the ultraviolet radiation from the star it orbits is so brutal that the planet may be literally evaporating away under the intense glare, producing a glowing gas tail.

The super-heated planet has other unusual features as well. For instance, it’s a gas giant 2.8 times more massive than Jupiter but only half as dense, because the extreme radiation from its host star has caused its atmosphere to puff up like a balloon. Because it is tidally locked to its star—as the moon is to Earth—the day side of the planet is perpetually bombarded by stellar radiation and, as a result, it is so hot that molecules such as water, carbon dioxide and methane can’t form there.

“It’s a planet by any of the typical definitions based on mass, but its atmosphere is almost certainly unlike any other planet we’ve ever seen just because of the temperature of its day side,” said Scott Gaudi, professor of astronomy at The Ohio State University and one of the lead authors of the study.

The reason the exoplanet is so hot is because the star it orbits is more than twice as large and nearly twice as hot as our sun. “KELT-9 radiates so much ultraviolet radiation that it may completely evaporate the planet. Or, if gas giant planets like KELT-9b possess solid rocky cores as some theories suggest, the planet may be boiled down to a barren rock, like Mercury,” said Keivan Stassun, Stevenson Professor of Physics and Astronomy at Vanderbilt, who directed the study with Gaudi.

On the other hand, the planet’s orbit is extremely close to the star so if the star begins to expand it will engulf it. “KELT-9 will swell to become a red giant star in about a billion years,” said Stassun. “The long-term prospects for life, or real estate for that matter, on KELT-9b are not looking good.”

While Stassun and Gaudi spend a lot of time developing missions, such as the NASA’s Transiting Exoplanet Survey Satellite, designed to find habitable planets in other solar systems, the scientists said there’s a good reason to study worlds that are unlivable in the extreme.

“The astronomical community is clearly focused on finding Earthlike planets around small, cooler stars like our sun. They are easy targets and there’s a lot that can be learned about potentially habitable planets orbiting very low-mass stars in general. On the other hand, because KELT-9b’s host star is bigger and hotter than the sun, it complements those efforts and provides a kind of touchstone for understanding how planetary systems form around hot, massive stars,” Gaudi said.

As we seek to develop a complete picture of the variety of other worlds out there, it’s important to know not only how planets form and evolve, but also when and under what conditions they are destroyed.

Stassun added, “As we seek to develop a complete picture of the variety of other worlds out there, it’s important to know not only how planets form and evolve, but also when and under what conditions they are destroyed.”

How was the new planet found?

“We were pretty lucky to catch the planet while its orbit transits the face of the star,” said co-author Karen Collins, a post-doctoral fellow at Vanderbilt. “Because of its extremely short period, near-polar orbit and the fact that its host star is oblate, rather than spherical, we calculate that orbital precession will carry the planet out of view in about 150 years, and it won’t reappear for roughly three and a half millennia.”

In 2014 astronomers spotted the exoplanet using one of two telescopes specially designed to detect planets orbiting bright stars—one in the northern and one in the southern hemisphere—jointly operated by Ohio State, Vanderbilt and Lehigh universities. The instruments, “Kilodegree Extremely Little Telescopes” or KELTs, fill a large gap in the available technologies for finding extrasolar planets. They use mostly off-the-shelf technology to provide a low-cost means of planet hunting. Whereas a traditional astronomical telescope costs millions of dollars to build, the hardware for a KELT telescope runs less than $75,000. Where other telescopes are designed to look at very faint stars in small sections of the sky at very high resolution, KELTs look at millions of very bright stars at once, over broad sections of sky, at relatively low resolution.

“This result demonstrates that even ‘extremely little’ telescopes can play an important role in discovery,” commented James Neff, astronomical sciences program director at the National Science Foundation, which partially funded the research.

Using the KELT-North telescope at Winer Observatory in Arizona, the astronomers noticed a tiny drop in the star’s brightness—only about half of one percent—which indicated that a planet may have passed in front of it. The brightness dipped once every 1.5 days, which means the planet completes a “yearly” circuit around its star every 1.5 days. Subsequent observations confirmed that the signal was caused by a transiting planet and revealed that it was what astronomers call a “hot Jupiter”—an ideal kind of planet for the KELT telescopes to spot.

The astronomers hope to take a closer look at KELT-9b with other telescopes—including Spitzer, the Hubble Space Telescope (HST) and eventually the James Webb Space Telescope after it launches in 2018. Observations with HST would enable them to see if the planet really does have a cometary tail and allow them to estimate how much longer the planet will survive its current hellish condition.

The study was largely funded by the National Science Foundation (NSF) through an NSF CAREER Grant AST-1056524, NSF PAARE Grant AST-1358862 and an NSF Graduate Research Fellowship under grant 2014184874. Additional support came from NASA via the Jet Propulsion Laboratory and the Exoplanet Exploration Program; the Harvard Future Faculty Leaders Postdoctoral Fellowship; Theodore Dunham, Jr., Grant from the Fund for Astronomical Research; and the Japan Society for the Promotion of Science. 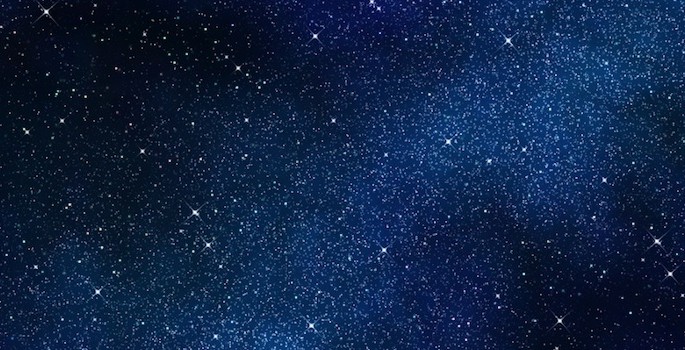 TweetGas giant exoplanet so hot it is evaporating away

TweetToo hot to touch: An alien planet so hot it is boiling away