K–12 schools in districts in Nashville, Tennessee, and Iowa City, Iowa, will soon benefit from an iPad app designed by Vanderbilt professors to help students modify their own problem behavior.

A self-monitoring intervention, MoBeGo (Monitoring Behavior on the Go) will provide critical support to teachers working with students who have challenging behaviors.

Ted Hasselbring and Joe Wehby, special education researchers at Vanderbilt’s Peabody College of education and human development, are collaborating with University of Iowa Professor Allison Bruhn, who earned her Ph.D. at Peabody in 2011, to develop this first-of-its-kind app. When complete it will collect data to determine a student’s responsiveness to behavioral intervention and help teachers decide what further interventions would be best.

“We want this program to help teachers decide when to make behavior changes,” said Wehby, associate professor and chair of the Department of Special Education, whose expertise is in children and youth with behavior disorders. “If a child doesn’t respond well to a program, we want this app to help generate effective solutions for teachers.”

While a Peabody special education doctoral student, Bruhn began working with Hasselbring to develop an earlier iteration of the app.

“Knowing Ted’s work in technology and knowing that there were no technology-based, self-monitoring platforms out there, I thought, ‘Why aren’t we doing this?’” said Bruhn. “Much like the software that Ted has developed, we’re creating an expert system that leads kids down a variety of paths depending on how they respond to the self-monitoring intervention within the app—so it’s adaptive. We get it to tell teachers what they could do to help maintain or change behavior, based on the data they’ve collected. It’s going to be a big improvement over what’s going on now.”

The research team will build data analysis and decision-making tools into MoBeGo to help teachers determine how students respond to an intervention and whether they should change the goal or the frequency of self-monitoring, stop the intervention, or refer students for further evaluation.

The app will enable students to evaluate and record their behavior to improve self-regulation skills and will allow them to monitor up to three behaviors at a time. For example, a child may talk incessantly in class or get up repeatedly. Teachers also track these behaviors and discuss them with students. Over time, MoBeGo will collect multiple data points and generate a line graph with a goal line that teacher and student can use to evaluate progress.

“There were kids who had behavioral issues that were interfering not only with their learning but also with other students in the class,” said Hasselbring, developer of several widely used computer-intervention programs such as READ 180 , FASTT Math and Simon S.I.O. for struggling learners. “Paper-based self-monitoring worked very well in terms of having students’ behavior improve. But it’s a very cumbersome system for teachers trying to create the forms, collect the data, average the data, then put it on a graph. We set out to build an application that would take all the drudge work out of it for the teacher.”

In Year 1, the MoBeGo team will establish decision rules and develop the prototype. In Year 2, they will test the prototype with students and teachers in schools. In Year 3, the team will conduct a randomized controlled trial to evaluate how MoBeGo affects students’ engagement, behaviors and academic performance. Pilot testing will involve 72 teachers and 72 students.

“You’re teaching the kid, here are the behaviors we expect to see, here’s what it looks like, now you need to be aware of when those are going on in the classroom,” Bruhn said. “That’s all customizable, or individualized, for the student.

“Teachers won’t have to pull kids out to provide additional behavioral supports. It’s something that they can do within the context and flow of the classroom, and it provides them data without them having to enter, calculate or graph things. Not to mention most kids are fluent in technology, so it’s something that they want to use, and I think that’s really helpful.” 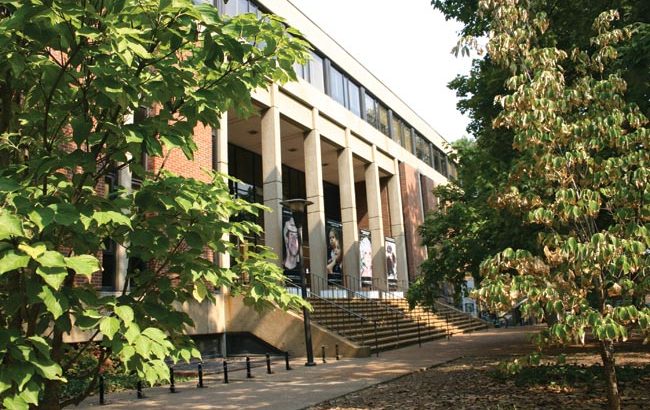