Brendan Wiggins, a doctoral student in the Fisk-Vanderbilt Master’s-to-Ph.D. Bridge Program and a member of a team of scientists that has developed a new kind of detector with potential applications in medical diagnostics and national security, has been been selected as a finalist in this year’s R&D 100 award competition.

The R&D 100 Awards are conducted by R&D Magazine. The magazine editors (with advice from outside experts) select what they believe are the most important new technologies and products introduced each year. 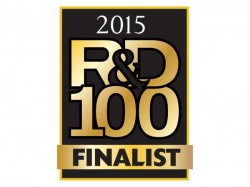 Neutron imaging is a method for viewing the internal structure of objects that is complementary to X-ray imaging. X-rays show the position of heavy atoms in materials and tissue, while neutron imaging provides information on mostly light atoms.

One of the first uses of neutron imaging was to investigate the interior of irradiated nuclear reactor fuel rods. Today it is widely used in the aerospace industry for testing turbine blades and other critical components. It also has been used to image tumors, and in some experimental forms, in cancer treatment.

National security applications include the combined use of neutron and gamma ray images to detect hidden cargo compartments and in enforcement of nuclear nonproliferation treaties. LTNI offers a more compact and more sensitive alternative to existing neutron detectors.

Winners of the competition will be announced at a conference in Las Vegas scheduled for Nov. 12-13.