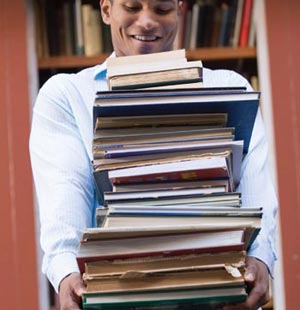 Between Citizens and the State: The Politics of American Higher Education in the 20th Century; Christopher P. Loss; Princeton University Press, 2011

Where would American higher education be without government support for research and student aid? Not where it is today, says Peabody College researcher Christopher Loss, who examines the history of the crucial relationship between the government and higher education in his book, Between Citizens and the State: The Politics of American Higher Education in the 20th Century. His research tracks the dramatic outcomes of the federal government’s growing involvement in higher education between World War I and the 1970s and the backlash against that involvement from the 1980s onward.

“Few students and their families realize it, but the higher education sector is so heavily supported by the government it would be difficult to operate without it,” said Loss, an assistant professor of public policy and higher education in Peabody’s Department of Leadership, Policy and Organizations. “Though mostly invisible to the casual observer, the government is everywhere on U.S. campuses—it sponsors our research, it helps students pay for college and it permits generous tax deferred retirement plans and medical insurance for faculty and staff.”

The development of this partnership between higher education and the federal government marked a major departure from the highly decentralized relationship that existed prior to World War I. Before the war, a longstanding belief that politics and academia did not mix had created a buffer between the government and higher education—even at publicly supported land-grant institutions, which were coordinated and lightly funded by the government but exercised vast autonomy over their day-to-day operations.

The distance between the government and higher education closed during the 1930s and 1940s, when economic depression and then war forced both parties to forge a new partnership, Loss found. Unlike most studies that have focused on the history of federally sponsored research, Loss’s study examines the politics of federal student aid policy, uncovering the relationship between and among the “big three” aid policies of the last century: the 1944 GI Bill, the 1958 National Defense Education Act and the 1965 Higher Education Act.

“There is this sense that universities are divorced from politics—that the ‘Ivory Tower’ exists outside the ‘real world.’ But in reality, universities are intimately connected to politics and society,” said Loss.

“Higher education is a vital national resource. We have all the evidence we need that college-educated Americans contribute more to society civically and economically, and we know the kind of economic boom that colleges bring to their communities and regions, to say nothing of the remarkable discoveries that researchers in education, science, engineering, medicine and the humanities make all the time.”

Loss says that even small cuts in government funding can have dire consequences, decreasing student access and limiting the production of cutting-edge research that have become the hallmark of the American research university.

“One of the things we in higher education need to do better in this time of economic hardship is remind the publics we serve that public support for students and research is critical to the sector’s livelihood; it makes possible the new discoveries and educated citizens our country – and world – needs,” Loss said.

Loss’s research was funded in part by grants from the Franklin D. Roosevelt, Harry S Truman and Lyndon B. Johnson Presidential Libraries, which are part of the National Archives and Records Administration. His next book will look at the changing research economy and specifically how the idea and practice of interdisciplinarity – the combining of two or more academic fields – has shaped public policy and politics since World War II.