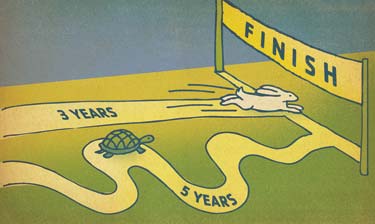 Public school students who successfully complete English as a Second Language or bilingual education programs within three years appear to fare better in meeting basic math and reading proficiency standards than their peers who remain enrolled in language acquisition courses for five years or more.

A report published in March from Vanderbilt University’s Peabody College and the Migration Policy Institute analyzes a unique longitudinal dataset compiled by the state of Texas that tracks all students – including the state’s large English language learner (ELL) population – from first grade through college entry. The authors find that “quick-exiter” ELLs among the cohort of students who attended Texas schools for all 12 grades achieved the best results among all ELL groups in meeting Texas basic math and reading proficiency standards.

In contrast, long-term ELLs – those in ELL programs for five or more years – lagged significantly in every grade.

These and other findings can be found in The Educational Trajectories of English Language Learners in Texas, which used data obtained by Peabody’s Stella Flores, assistant professor of public policy and higher education.

“How these students, many of whom are U.S. natives, fare is of importance not just to them and their families but to the broader society in terms of their ability to translate into a productive – and multilingual – workforce,” said Flores, lead author of the study. “In particular, expectations for ELL students should go beyond the basic outcome of achieving English language proficiency and should include the opportunity to participate in a college-preparatory curriculum that will pave the way for a better academic and economic future.”

ELL students represent one in nine of the 49.5 million students enrolled in U.S. public schools – a number that has risen dramatically, from 3.5 million during the 1998-99 school year to 5.3 million a decade later. Texas, with 832,000 ELL students, is second only to California, which has 1.1 million students with limited English proficiency. 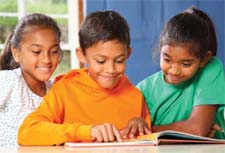 “The weaker academic performance evidenced by long-term ELLs raises important questions on how to address their literacy and linguistic needs,” said Michael Fix, senior vice president of the Migration Policy Institute and co-author of the report. “However, with much still unknown about the reasons why students remain in ELL status for many years, it would not be prudent to conclude that language acquisition instruction should be time-limited.”

Interestingly, the study found that Hispanic ELLs who opt out of ESL or bilingual education programs in favor of English only courses may be particularly disadvantaged in terms of college enrollment.

“Parents may feel that they are helping their kids acquire English more quickly or avoid stigmatization if they keep them out of ESL or bilingual education classes, but in reality, our findings suggest that they should consider whether their children might fare better academically if they remained in language acquisition courses,” said Jeanne Batalova, policy analyst at the Migration
Policy Institute and co-author of the report.

Among the study’s other top findings:

To read the report in full visit http://www.migrationpolicy.org/pubs/TexasELLs.pdf