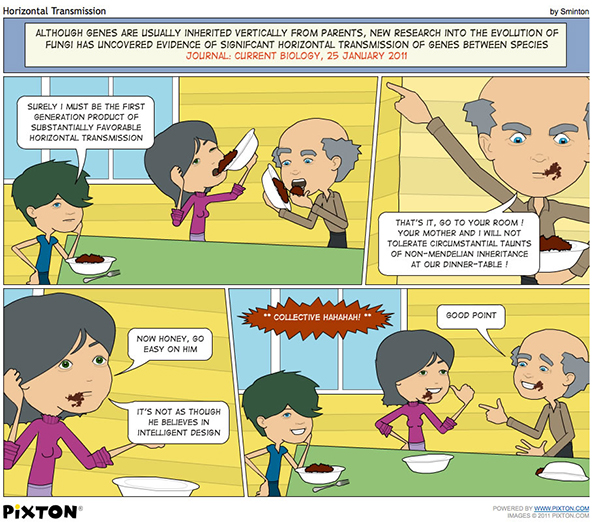 Every so often a piece of research makes it into the popular culture. That is the case with the discovery of Vanderbilt biologists Antonis Rokas and Jason Slot that entire gene clusters have jumped between unrelated species of mold millions of years ago.

Their findings, which were reported last February, came as a major surprise to scientists because there are only a handful of cases in recent evolutionary history where this type of gene transfer between organisms, known as horizontal gene transfer, has been found in complex cells like those in plants, animals and fungi.

The report caught the attention of Sminton, a science-based webcomic, who bases his online strips on newsworthy scientific publications with the object to make viewers think and laugh. It inspired him to create the “Horizontal Transmission” strip above.