Every few months, chemist Brian Bachmann sheds his white lab coat, collects his flashlight, helmet, surgical gloves and knotted rope, puts on old clothes and hiking boots and heads to a nearby cave.

Bachmann, an assistant professor of chemistry at Vanderbilt, has combined his industrial experience in natural products drug discovery with his undergraduate hobby of caving to set up the first systematic program to search for novel drugs produced by cave-dwelling microorganisms.

To most people, caves may be dark, spooky and claustrophobic, but to Bachmann they are a treasure trove – “an untapped source of potential therapeutics,” he said.

The hope is that treatments – perhaps even cures – for cancer and other ailments are lurking in caves just waiting to be discovered.

Each cave is a unique ecosystem that has existed for millions of years, Bachmann explained. During this time, microscopic cave dwellers have been engaged in a microbial arms race, competing fiercely for the limited amounts of food that are available. In the process, these microorganisms should have produced a variety of novel chemicals to attack competitors, defend themselves and communicate with each other. These are exactly the types of natural compounds that tend to make effective drugs.

Conducting research in caves is a relatively new passion for Bachmann. In 2003, when he joined the Vanderbilt chemistry department, he had no intention of starting such a program.

“Although many important drugs, like penicillin, erythromycin and taxol, come from natural sources, natural products discovery had fallen out of fashion at the major drug companies,” Bachmann said. High throughput techniques were developed that could test thousands of synthetic compounds for interesting biological activity per month. That compares to the “grind and find” natural products approach that produces one or two candidate compounds in a month, starting with extracts from 10,000 organisms.

“The accountants preferred thousands of leads to one,” he said. “That is one of the reasons the drug companies gradually dismantled their natural products discovery programs.”

The success of the Vanderbilt Institute of Chemical Biology’s Program in Drug Discovery – established by Jeff Conn and Craig Lindsley, who came to Vanderbilt from the drug company Merck & Co., Inc. – convinced Bachmann that what had previously been industrial paradigms could be applied with great success within academia. As a result, there was a real opportunity for a university program in natural products drug discovery to succeed.

To be successful, such a program also needed a way to distinguish itself, Bachmann realized. One way to stand out in natural products discovery is to have a unique biological source to explore. That led him to think about cave organisms. Although a few drugs have been developed from cave organisms, their origins were accidental, Bachmann determined. No one had ever searched underworld microbes for this purpose.

“When I was an undergraduate at Virginia Tech, I joined the VPI Cave Club and went caving almost every weekend,” he said. “I guess you could say it was an obsession.”

While Bachmann was considering majoring in literature, ancient Greek philosophy and natural philosophy, he also had a job working in an organic chemistry lab. Between his diverging academic interests, the job and caving, he admits he had trouble keeping his grades up. He finally decided that if he chose a career in chemistry, he could always pursue his interests in philosophy and literature, but it would be very difficult to keep doing chemistry if he chose a career in the humanities.

So chemistry won out. Bachmann majored in chemistry but completely dropped his caving hobby when he moved to Southern Methodist University in Dallas for his master’s degree. He went on to get his doctorate from Johns Hopkins University in Baltimore and stayed on for another year as a postdoctoral fellow.

Bachmann left Johns Hopkins to take a job at Ecopia BioSciences, a small company in Quebec that specializes in developing drugs based on natural products. After a year, he took over the company’s drug discovery program.

Although he enjoyed working at the company, after a few years he began looking for an academic position that would allow him to pursue scientific ideas which required longer lead times than allowed by the industry’s emphasis on quarterly results. That led him to Vanderbilt.

“It turns out that Vanderbilt is the perfect place for a drugs-from-caves program,” Bachmann said. “There are more than 9,000 caves in the state of Tennessee alone.”

At this point, it had been years since Bachmann had gone caving, and he had never been more than an avid hobbyist. He realized he needed an expert. When Bachmann Googled “caving in Nashville,” one name kept popping up: John Hickman, a veteran caver and cave rescue expert. When he contacted Hickman, it turned out that he lived in the same neighborhood as Bachmann and worked two buildings away at Vanderbilt University Medical Center as a program manager for the Center for Patient and Professional Advocacy. Hickman readily agreed to participate in the caving portion of the program.

As Bachmann began developing the program, he found that his ideas got a positive reception. First, the Vanderbilt Institute for Chemical Biology gave him a substantial seed grant to get his “Natural Products Underground” up and running. He established valuable connections with Associate Professor of Chemistry David Wright and Assistant Professor of Chemistry John McLean. Based on their initial success, Bachmann and his collaborators applied for and received a total of $1.64 million in federal funding from the Army Research Office, the National Institute of General Medical Science and the Office of Naval Research.

Bachmann assembled his team for their first cave collection expedition in 2007. It proved to be everything he had hoped.

“It’s fascinating science with a touch of Journey to the Center of the Earth adventure,” he said.

“Cave walls are giant biofilms,” Bachmann said. “In some places they sparkle gold and silver from a distance, but up close you find out these sparkles are gold and grayish-white single colonies or consortia of microbes. Colonies like this are something you don’t usually see outside of a Petri dish in the lab.”

The scientists only need small amounts of cave sediment to isolate organisms capable of producing new drugs. Once they have isolated microbes of interest, they can grow them in the laboratory.

The temperature in Tennessee caves is a uniform 57 degrees Fahrenheit. That is the same as the recommended temperature for storing wine. So Bachmann and his colleagues got a cheap wine cooler from Target to store and grow their cave organisms.

At times the researchers leave specially designed “bacteria traps” – hockey puck-shaped silicon wafers with hollow centers filled with nutrient agar and covered top and bottom by thin membranes – and pick them up in a month or two.

“The kind of bacteria we are interested in have the capability to cut through the membrane and take up residence in the chamber,” Bachmann said. When they get the samples back to Bachmann’s laboratory on the Vanderbilt campus, they purify the microbes and take DNA fingerprints to determine if they are distinct from known bacteria.

They then grow the isolated microbes in large-scale fermentations and use various chemical extraction methods to pull out potential drug-like compounds from the fermentation broths. The complex extracts are then separated into their components and run through high-throughput drug screening tests that look for individual compounds with interesting drug activity.

The process of separation and identification of biological activity is automated by equipment and software specially developed by Bachmann and his collaborators. Compounds that show anti-microbial, anti-fungal, anti-cancer or other potentially useful activities are stored in the Vanderbilt High Throughput Screening Center’s compound storage system, where they can be tested by any researcher at the university.

So far, out of 21 interesting compounds, the scientists have isolated 13 that are totally new.

“That is a remarkably good ratio. Normally, this ratio is about five percent, not 50 percent,” Bachmann said. “It’s actually hard to find something that isn’t new.”

Even finding known compounds can be valuable. Normally, these known compounds are not publically available and have been assayed for only one type of bioactivity. Bachmann’s group can produce enough of the compound so that it can be screened for a number of different biological activities on campus.

When a new compound is discovered, an extra step is required: The chemists must determine its structure. Using nuclear magnetic resonance equipment at Vanderbilt, data is collected, processed and analyzed to determine the three-dimensional structure of the unknown molecule, a process that Bachmann likens to solving a 3-D crossword puzzle using mostly only four letters – C, H, O and N, standing for carbon, hydrogen, oxygen and nitrogen.

Bachmann’s ultimate dream is not only to discover important new drugs, but also to lift the natural products discovery process out of the “grind and find” paradigm and make it competitive with the combinatorial chemical synthesis method that displaced it. 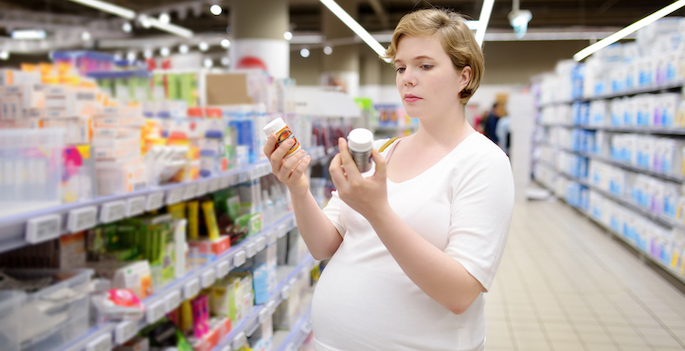