Breast cancer patients who have a strong social support system in the first year after diagnosis are less likely to die or have a recurrence of cancer, according to new research from Vanderbilt-Ingram Cancer Center and the Shanghai Institute of Preventive Medicine. The study, led by first author Meira Epplein, assistant professor of medicine, was published in a recent edition of the Journal of Clinical Oncology.

Patients in the study were enrolled in the Shanghai Breast Cancer Survivor Study, a large, population-based review of female breast cancer survivors in China, which Vanderbilt University Medical Center and the Shanghai Institute of Preventive Medicine have carried out since 2002 under the leadership of principal investigator Xiao Ou Shu, professor of medicine at VICC, and senior author of the study.

From 2002 to 2004, a total of 2,230 breast cancer survivors completed a quality of life survey six months after diagnosis and a majority responded to a follow-up survey 36 months after diagnosis. The women were asked about physical issues like sleep, eating and pain, psychological well-being, social support and material well-being. The answers were converted to an overall quality of life score.

During a median follow-up of 4.8 years after the initial quality of life assessment, the investigators documented participants who had died or been diagnosed with a cancer recurrence.

Six months after diagnosis, only greater social well-being was significantly associated with a decreased risk of dying or having a cancer recurrence. Compared to women with the lowest scores, women who scored highest on the social well-being quality of life scale had a 48 percent reduction in their risk of a cancer recurrence and a 38 percent reduction in the risk of death.

“We found that social well-being in the first year after cancer diagnosis is an important prognostic factor for breast cancer recurrence or death,” said Epplein. “This suggests that the opportunity exists for the design of treatment interventions to maintain or enhance social support soon after diagnosis to improve disease outcomes.”

While a strong social support network influenced cancer recurrence and mortality during the first year, the association tapered off and was no longer statistically significant by the third year after diagnosis. This may be related to a smaller sample size of patients who answered the questionnaire, or other factors beyond quality of life that take precedence in later years.

“Our research supports previous studies that found a benefit for breast cancer patients who have a meaningful emotional support network,” said Epplein. “These results suggest that therapeutic interventions may be useful because social well-being is potentially modifiable.”

The study was supported by grants from the U.S. Department of Defense Breast Cancer Research Program and the National Cancer Institute. 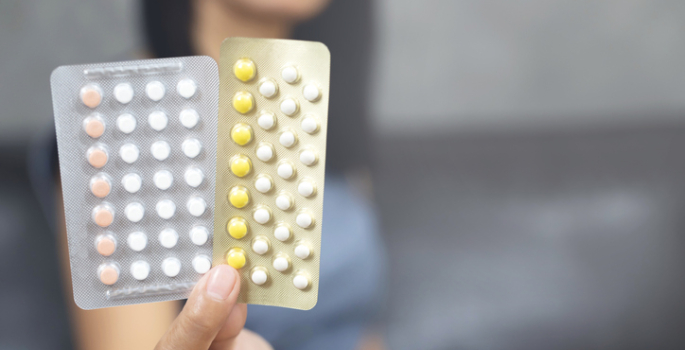 The importance of estrogen cycles