Owen Jones named director of the Law and Neuroscience Project

Vanderbilt University professor Owen Jones, who is one of the nation’s few professors of both law and biology, has been named director of the national Law and Neuroscience Project, which will now be headquartered at Vanderbilt. The project, an interdisciplinary network examining the impact of modern neuroscience on criminal law, is supported by the John D. and Catherine T. MacArthur Foundation, which has also awarded the University a $700,000 grant to explore and develop potential topics for a second phase of this important research.

Jones, one of the original co-directors when the project launched in 2007, said he plans to simultaneously build off some of the most exciting and important developments of Phase I  and to gather a group of leading researchers to identify and explore some of the essential work to be done at the increasingly important intersection of neuroscience and criminal law.

Funded by a $10 million grant from the MacArthur Foundation, the first phase of the project was a broadly exploratory interdisciplinary collaboration among faculty at Vanderbilt and more than two dozen leading universities. Through both experimental and theoretical work, researchers investigated the potential implications of neuroscience for criminal responsibility, prediction, treatment, courtroom evidence, and understanding juror and judge decision making.

Jones believes researchers in this new field have a continuing mission, given the pace of technological advances.

“One primary goal is to help the legal system sensibly assess and evaluate the new brain science it increasingly encounters, in ways that can contribute to the fair and effective administration of criminal justice,” said Jones. “Beyond that, we’re exploring how new techniques may enhance diagnostic, prediction, and treatment tools.”

Jones and fellow Vanderbilt faculty have been studying the brain’s activities using a highly sensitive technique called functional magnetic resonance imaging or fMRI. FMRI detects regions of the brain that are more active, or less, when a person does a specific task. For example, Jones and Vanderbilt associate professor of psychology René Marois conducted the first full-scale brain study of punishment decisions, ultimately discovering the brain activity that underlies deciding whether to punish someone and, if so, how much.

Vanderbilt is one of the few universities in the world with a state-of-the-art Institute of Imaging Science, lead by John Gore, which contains multiple high-powered fMRI brain scanners.

“Vanderbilt provides a terrific headquarters for this Law and Neuroscience Project,” said Vanderbilt University Chancellor Nicholas Zeppos. “While many universities are strong in law or in neuroscience, Vanderbilt has built top-notch faculties and facilities in both.”

The MacArthur Foundation supports creative people and effective institutions committed to building a more just, verdant, and peaceful world. In addition to selecting the MacArthur Fellows, the Foundation works to defend human rights, advance global conservation and security, make cities better places, and understand how technology is affecting children and society. More information is at www.macfound.org.

For more information on the full law and neuroscience study, visit www.lawneuro.org 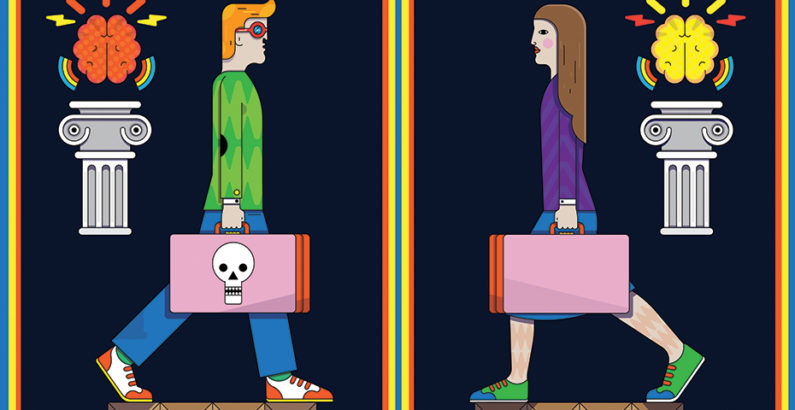