At a time when the global social climate feels ever more unsettled, Vanderbilt University Data Science Institute faculty affiliate Cassy Dorff is part of a team that is building a public tool—conflictNet—that could help predict the likelihood of unrest and civil wars.

“Civil conflicts are an immensely complex process. Since the 1940s, most civil conflicts have at least three armed actors engaged in violence, though the number can be much higher. And the actors are constantly shapeshifting and interacting in different ways over time,” said Dorff, assistant professor of political science.

Using data from the Armed Conflict Location & Event Data project and the Uppsala Conflict Data Program, Dorff and her collaborators, Shahryar Minhas, assistant professor of political science at Michigan State University and Max Gallop, assistant professor of government and public policy at University of Strathclyde in Glasgow, Scotland, will use the three-year, $734,000 grant from the National Science Foundation to build conflictNet—a package on the open source data analysis and visualization software R and a publicly available platform to visualize and model interactions among the actors in civil conflicts around the world. 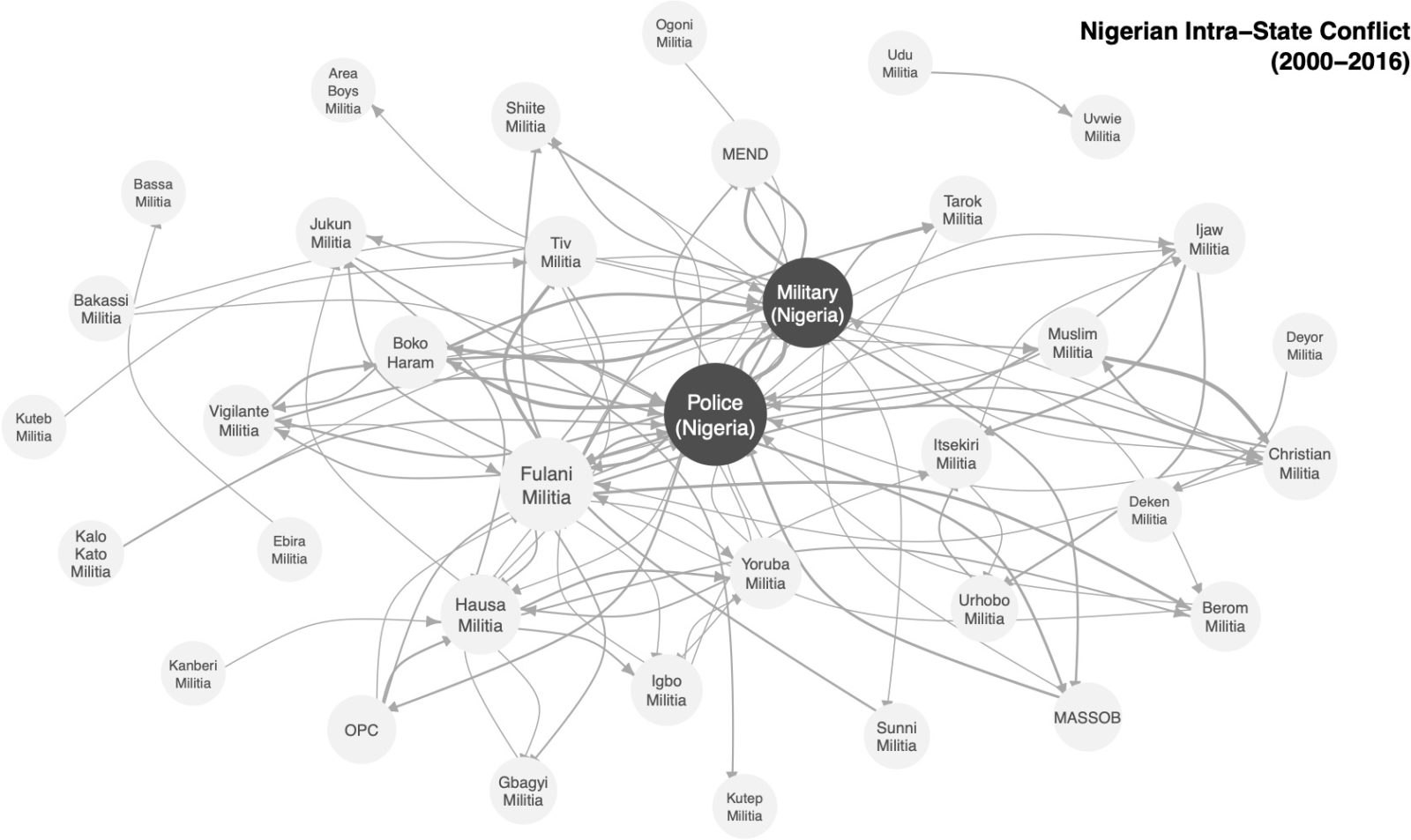 “We will facilitate the study and visualization of conflict evolution by providing network data generated from publicly available event data streams,” Dorff said. “This is a very exciting opportunity because it lowers the barrier to entry for understanding the interconnectedness of conflict processes.”

With this grant, Dorff and her collaborators are making it possible for social scientists without the skills to reorganize and reshape data themselves to work with statistical models effectively. The multiple and constantly improving data sources cull reports from international news outlets to create event-based data, each with unique text processing techniques. These sources will then be transformed into network data that people can view online; the R package will be available for further modeling by individual researchers. As multi-actor armed conflicts around the world are increasing in frequency, this data can shed new light on how and why conflict occurs.

“The aha moment for our team was when we saw the ways in which recent network methodologies and scholarship on conflict processes were actually speaking to one another,” Dorff said. “We realized how this nexus could move the study of conflict forward.”

Through conflictNet, Dorff and her team plan to research how civilian victimization during civil wars might look different through a data lens, as well as develop a forecasting model to predict where conflict is likely to occur.

Dorff is taking care to ensure that the project is inclusive, encouraging underrepresented students in data science and political science to participate in this work through her affiliation with the Vanderbilt Research on Conflict and Collective Action Lab.

“It is very exciting that Professor Dorff has received this funding. This work will help further our understanding of how the empirical data shape our world through analysis and interpretation,” said Jeffrey Blume, professor of biostatistics, biomedical informatics and biochemistry and director of graduate education at the Data Science Institute. “Professor Dorff has been a tremendous addition to the Data Science program. Her work is a great example of how important transinstitutional collaborations are to the research ethos at Vanderbilt and how important data science methods are in cutting edge research across the university.”

Dorff is very pleased to have found the opportunity to undertake this kind of research at Vanderbilt with the aim of helping solve some of the world’s most challenging problems.

“conflictNet is the beginning of our work, and we are looking forward to supporting data-driven research in political science,” Dorff said. “Within Vanderbilt, I am so happy that the Data Science Institute is genuinely dedicated to data science that is informed by a cross-pollination of disciplines.”

The grant proposal was supported by Research Development and Support (RDS) which offers proposal development assistance for strategic, federally-funded opportunities. RDS is in the Office of the Vice Provost for Research.