A new $2.5 million grant from the National Institutes of Health is enabling Vanderbilt University chemist Renã A.S. Robinson to expand her research on racial disparities in Alzheimer’s and other diseases. Robinson, an associate professor of chemistry and Dorothy J. Wingfield Phillips Chancellor Faculty Fellow, is the co-principal investigator on the R01 grant, which is designed to develop and test recruiting materials aimed at encouraging older African Americans to participate in Alzheimer’s research.

An article about the research, “Framework for Creating Storytelling Materials to Promote African American/Black Adult Enrollment in Research on Alzheimer’s Disease and Related Disorders” was published in the journal Alzheimer’s & Dementia: Translational Research & Clinical Interventions on Sept. 11.

“In order to undertake truly inclusive studies, the research community needs a better way to connect with African Americans who may have concerns about volunteering,” said Robinson. “Our hope is to develop materials that speak to the unique questions and critical concerns African Americans may have about participating in research.”

African Americans face a number of barriers to participating in Alzheimer’s research. They tend to be diagnosed later than whites, have less information about the disease, feel greater stigma around the disease, and have high levels of medical mistrust as a result of this country’s long history of racism, the latter being one of the most critical barriers. Researchers have sought to address these barriers in recent years through various other types of outreach and education strategies, but gaps remain.

In the first phase of their research, Robinson and co-principal investigator Jennifer Lingler, with co-investigators Judy Cameron, Ishan Williams and Keisha Ward, designed and tested the appeal of a novel storytelling approach to use in printed and video recruitment materials. Using ethnographic interviews with African American research participants and study partners at the University of Pittsburgh Alzheimer’s Disease Research Center, the team developed six distinct characters, or personas, to tell their stories about why they decided to participate and what the process was like for them.

Lingler, a professor at the University of Pittsburgh School of Nursing, has led the Outreach, Recruitment and Engagement Core of the ADRC for more than 10 years. “What’s especially challenging about recruiting participants for Alzheimer’s research is that studies are often seeking individuals who aren’t experiencing any symptoms of the disease,” Lingler said. “Storytelling holds real potential to break through those challenges.”

The stories centered on themes of community, inclusion and social change, emphasizing the ways that research participants give back to the community, and to help give peace of mind to their families. Instead of portraying patients as victims, the materials highlighted their role as vital partners in the Alzheimer’s fight. Focus group feedback was encouraging enough to support further development.

With support from the NIH, the team has been refining and testing the messaging and materials developed in the Pittsburgh area, and is now expanding to adapt this approach for Nashville. “Geography matters,” said Robinson. “Older African Americans in the South have different life experiences than those in the Northeast, despite many having migrated to the North in early- to mid-adult life. These experiences strongly influence their beliefs about participating in medical research. The diversity of these stories across the U.S. is important to engaging African Americans in Alzheimer’s disease research.”

Robinson said these findings will inform best practices for outreach to African Americans across the country—and, ultimately, help make Alzheimer’s research more inclusive. “We can’t truly understand how Alzheimer’s works until we know how it works in everyone,” she said. 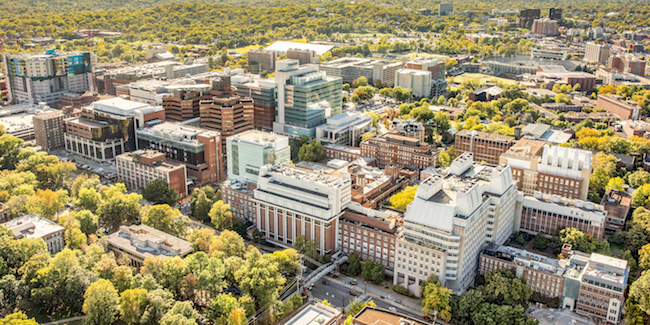