“The Warren Foundation is a visionary organization dedicated to supporting scientific and medical research designed to treat and prevent some of the most tragic, vexing diseases known to humankind. Having the foundation’s imprimatur is truly a mark of distinction for Vanderbilt,” said Susan R. Wente, interim chancellor and provost, as well as a leading cell biologist. “We are honored by the Warren family’s multigenerational support across many areas of our beloved university. This latest gift demonstrates, once again, their enduring commitment to improving the human condition.”

The William K. Warren Foundation was founded in 1945 by oilman William Kelly Warren and his wife, Natalie Overall Warren, who graduated from Vanderbilt (1920) and shares that distinction with her father (1885) and her four siblings. The Warren Foundation established Oklahoma’s largest health care provider, the Saint Francis Health System, and the Laureate Institute for Brain Research in Tulsa. The Foundation supports health care innovation, medical research, Catholic initiatives, education and Tulsa-specific causes.

“We have been impressed with the creative approaches and hard work demonstrated by Vanderbilt researchers, especially Craig and Jeff, in the Center for Neuroscience Drug Discovery,” said John-Kelly Warren, CEO of the Warren Foundation and grandson of the founders. “Supporting novel, research-based methods to combat devastating cognitive impairments and mental illnesses lies at the heart of our foundation’s mission. It is also gratifying to support this research at Vanderbilt University, an institution that has made a significant impact on the lives of so many, including my family.”

In addition to supporting research efforts, part of the Warren gift will be used to create an endowment designed to encourage mentorship and the development of a long-term pipeline of research leaders.

“Genuine breakthroughs sometimes require taking paths that may not seem promising—or at least commercially viable—in the earliest stages of scientific investigation,” said Craig Lindsley, who holds the William K. Warren, Jr. Chair in Medicine. “The support of philanthropic organizations like the Warren Foundation is critical to making discoveries that may not otherwise see the light of day and translate them to the clinic.”

Lawrence Marnett, dean of Basic Sciences in the School of Medicine and Mary Geddes Stahlman Professor of Cancer Research, said the Warren Foundation has been a steadfast partner to medical researchers at Vanderbilt and other esteemed institutions across the country.

“It is gratifying to support this research at Vanderbilt University, an institution that has made a significant impact on the lives of so many, including my family.”
–John-Kelly Warren

“The basis of any remarkable scientific advancement begins first with unlocking fundamental knowledge,” Marnett said. “This work often takes years of patient, systematic trial and error. Yet, the ultimate benefit to society can be transformational. The Warren Foundation has understood and supported this belief for many years—and I am grateful they are doing so once again with this most recent gift.”

In addition to this latest commitment, the Warren Foundation has been a longstanding supporter of Vanderbilt and its Center for Neuroscience Drug Discovery. There are currently seven endowed faculty chairs supported by the foundation—ranging in disciplines from medicine and pediatrics to divinity—as well as the William K. Warren Foundation Scholarship for deserving undergraduates in the College of Arts & Science. 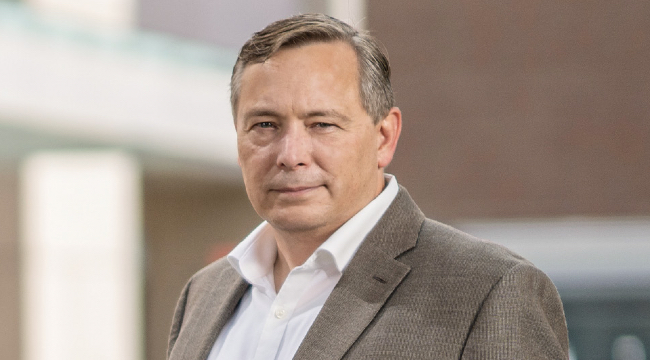