A new study by a marketing researcher at Vanderbilt sheds light on the long-running argument you might be having with a partner or parent this time of year about how much effort you really need to put into wrapping all those gifts.

It depends on how well you know the recipient, says Erick Mas, a postdoctoral scholar at the Owen Graduate School of Management. The study, Presentation Matters: The Effect of Wrapping Neatness on Gift Attitudes, is forthcoming in the Journal of Consumer Psychology.

In a series of three experiments, Mas and his coauthors, Jessica Rixom and Brett Rixom of the University of Nevada – Reno, explored how wrapping neatness affected a recipient’s expectations about their gift.

In the first experiment, participants, all of whom had previously stated that they were fans of a particular sports team and not fans of a rival team, received a real wrapped gift to keep. Half got gifts that were wrapped neatly while half received sloppily wrapped gifts. Half of each wrapping group received a mug with their preferred team’s logo on it, and to test whether the effect persisted even when the gift was undesirable, half received a mug with the rival’s logo on it. In both cases, the gifts were wrapped using the same blue paper and gold ribbon.

Whether the recipient got a mug they liked or not, the researchers found they were significantly more likely to appreciate their gift if it was sloppily wrapped, but less appreciative if the gift was neatly wrapped. This effect is what social scientists call expectation disconfirmation. “Neat wrapping leads the recipient to set high expectations that are hard for the gift to meet,” Mas explained. “On the other hand, sloppy wrapping leads to low expectations that are easily met or exceeded, giving the gift recipient a pleasant surprise.”

In the second experiment, the researchers sought to dig down deeper into the disconfirmation theory by testing the impact of a neutral, generic gift. In this test, participants were presented with a pair of bland midrange earbuds. Again, they found the effect persisted: Sloppily wrapped earbuds were better-received than neatly wrapped ones.

In the third experiment, the researchers tested whether the relationship between the giver and the recipient mattered by replicating the earbud experiment while asking participants to imagine the giver was either a close friend or an acquaintance. Interestingly, the disconfirmation effect persisted in the friend condition, but the researchers observed the opposite when the giver was described as an acquaintance.

“In the case of an acquaintance, we’re seeing a kind of spillover effect where the recipient assimilates the giftwrap into their evaluation of the gift itself,” said Mas. “When we don’t know very much about the other person, we may rely more on the giftwrapping quality as a cue about how they value the relationship.”

The takeaway, Mas said, is that this holiday season, you might want to take extra care wrapping those trinkets for acquaintances like neighbors and coworkers, and not worry so much about those gifts for your close friends and family. 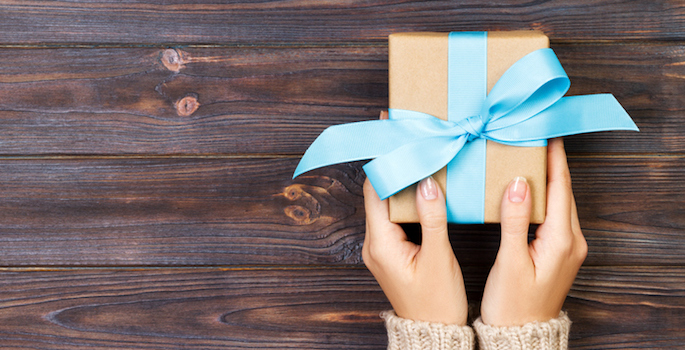 TweetA neatly wrapped gift will impress your acquaintances, but might leave your loved ones feeling let down when the gift doesn't live up to expectations, suggests new research by @vanderbiltowen postdoctoral scholar Erick Mas.