A research team led by Keivan Stassun, Stevenson Professor of Physics and Astronomy, will continue Vanderbilt’s contribution to one of the most successful international collaborations in astronomy and astrophysics in the past two decades as it embarks on the fifth generation of the Sloan Digital Sky Survey (SDSS-V) in 2020. Stassun currently chairs the executive committee of SDSS-IV. Vanderbilt has been a project partner since SDSS-III.

The Sloan Digital Sky Survey is responsible for creating the most detailed three-dimensional maps of the universe ever made, with deep multicolor images of one third of the sky, and characterizing the spectra, which provides information about elemental composition, of more than 3 million astronomical objects. The Alfred P. Sloan Foundation has announced that it will continue its support of the collaboration with a $16 million grant for SDSS-V.

SDSS-V will shift the survey’s focus from broadly cosmological investigation into the structure and expansion of the universe toward a closer analysis of our nearest stars and galaxies. It will consist of three projects, each mapping different components of the universe: the Milky Way Mapper, the Black Hole Mapper and the Local Volume Mapper. The first mapper focuses on the formation of the Milky Way and its stars and planets. The second will study the formation, growth and ultimate sizes of the supermassive black holes found at the centers of galaxies. The Local Volume Mapper will create the first complete spectroscopic maps of several important nearby galaxies.

Stassun’s team will work on the Milky Way Mapper project, focusing particularly on the stars orbited by the Earth-like planets that will be tracked by NASA’s Transiting Exoplanet Survey Satellite (TESS) mission. Stassun is a deputy investigator on that project as well, which will give his team unusually comprehensive insight into the nearby solar systems that may have the potential to harbor or sustain life.

We’ll be finding other Earths with TESS and figuring out what those solar systems are made of with SDSS-V.

“Between the TESS mission and SDSS-V, Vanderbilt is going to be at this world-leading nexus of a major space mission and a major international collaboration on Earth focused on finding new habitable planets around other stars and making detailed measurements of them,” Stassun said. “We’ll be finding other Earths with TESS and figuring out what those solar systems are made of with SDSS-V.”

Vanderbilt’s membership in SDSS-V gives Stassun’s team proprietary access to the project’s data products for a period of two years. This includes leadership opportunities for Vanderbilt postdoctoral scientists, including Jonathan Bird, Stevenson Postdoctoral Fellow, who helped to develop the Milky Way Mapper concept. He will serve as one of the project leads for the Milky Way Mapper.

“SDSS-V ushers in a new era of industrial-scale stellar spectroscopy,” Bird said. “The Milky Way Mapper will produce a fantastically comprehensive picture of the Milky Way that will enable diverse and exciting science, from where the oxygen that we breathe was formed and dispersed to how unique—or how ordinary—our galaxy may be in the cosmos.”

SDSS-V will also incorporate an educational effort designed to broaden the participation of underrepresented groups in the survey. The SDSS’ Faculty and Student Team (FAST) program is the first of its kind spearheaded by an astronomy collaboration. Led by Vanderbilt Associate Professor of Astrophysics Kelly Holley-Bockelmann, the FAST program focuses on building serious, long-term research relationships between faculty/student teams and SDSS partner institutions.

“We targeted faculty and their students at institutions with strong track records of serving underrepresented students. Building capacity at the faculty level magnifies the effort as the faculty ‘pay it forward’ to many students in the long-term,” said Holley-Bockelmann, who is also the Vanderbilt director of the Fisk-Vanderbilt Masters-to-Ph.D. Bridge Program. “I got to see firsthand how talented these FAST students are—so much so that we admitted them to the Bridge Program to get Ph.D.’s in astronomy!”

Following the proprietary period, in the tradition of previous Sloan Surveys, SDSS-V will continue to make its data publicly available in a format that is helpful to a broad range of users, from the youngest students to both amateur and professional astronomers. 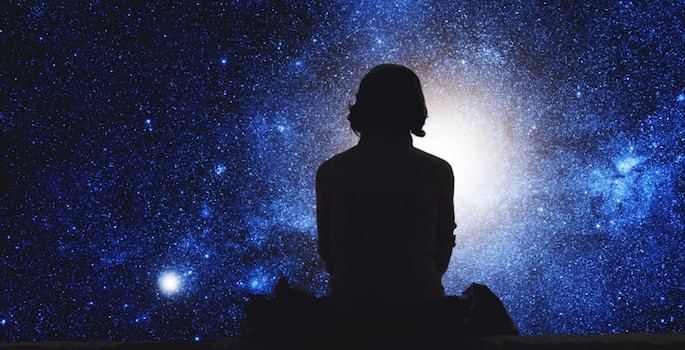