African American pioneers in sports and entertainment, media in a time of fake news, and climate change and human health are among the winter classes to be offered by the Osher Lifelong Learning Institute at Vanderbilt in January.

Other Osher classes—open to all those who are 50 and older—will focus on music and Southern culture, resources for tracing one’s family history, and Asian American literature and the impact of technological advances on identity.

“One of our most important goals is to provide an academically stimulating curriculum with Vanderbilt faculty and other respected experts,” says Norma Clippard, program director for the Osher Lifelong Learning Institute at Vanderbilt. “In addition, members often develop strong friendships with others who share an interest in lifelong learning.”

All classes are individually priced.

“Osher Steel Drum Band—Advanced,” led by Alli Puglisi, director of the Osher Advanced Steel Drum Band. A level up from the Beginning Osher Steel Band, this class moves at a fast pace and focuses on learning different styles of music. The class meets for seven Sundays, beginning Jan. 14, from 11 a.m. to 12:30 p.m. at the Blair School of Music.

“Osher Steel Drum Band—Beginner,” led by Mat Britain, director of the Osher Beginner Steel Drum Band. No musical experience is needed to join this hands-on class, which meets for seven Sundays, beginning Jan. 14, from 1 to 2:30 p.m. at Blair.

“Music, Place and Southern Culture,” taught by Robert Webb Fry, senior lecturer in music history and literature at the Blair School of Music. This class will explore both the roots of American music and the South as performative space for both musicians and the collective American identity. Students will meet for six Mondays, beginning Jan. 15, from 9:30 to 11:30 a.m. at St. George’s Episcopal Church.

“Creative Writing Workshop,” taught by Kate Myers Hanson. This course is for those wanting to learn about crafting fiction and creative nonfiction, whether one is already working on a project or interested in starting to write. Students will meet for 12 Mondays, beginning Jan. 15, from 1:30 to 3:30 p.m. at the Cathedral of the Incarnation.

“Media in the Age of Fake News,” taught by Scott Stroud, Associated Press news editor. Topics will include the debate over fake news and the judgment calls that real journalists must make every day. The class will meet for six Tuesdays, beginning Jan. 16, from 9:30 to 10:45 a.m. at the Temple.

“Strangers in a Home Land: Asian American Literature and the Technologies of Alienation,” taught by Haerin Shin, assistant professor of English with affiliate appointments in Asian studies and cinema and media arts. Students will explore whether the use of racial, ethnic and cultural stereotypes could be justified when framed as critical commentary, among other issues. The class meets for six Tuesdays, beginning Jan. 16, from 11 a.m. to noon at the Temple.

“African American Trailblazers in the Shadow,” taught by Frank Dobson, associate dean of students, Social Justice and Identity area. Dobson will examine the lives of pioneering African American leaders in sports and entertainment whose contributions were impactful, but whose histories are not well known. The class will meet for six Wednesdays, beginning Jan. 17, from 9:30 to 10:45 a.m. at The Commons Center.

“Dying Well or Badly: Ethical Explorations for the Inevitable Human Journey,” led by Larry Churchill, professor of medical ethics, emeritus, Vanderbilt University Medical Center. Churchill brings to the class observations and questions from more than 40 years as a professor of bioethics and a clinical ethics consultant. The class will meet for six Wednesdays, beginning Jan. 17, from 11 a.m. to 12:15 p.m. at The Commons Center.

“Meister Eckhart: A Mystic’s Mystic,” taught by Joel Harrington, Centennial Professor of History. Eckhart was a medieval Christian mystic whose wisdom powerfully appeals to seeks seven centuries after his death. This course will examine the life, teachings and times of Eckhart and his relevance to the modern world. Students will meet for six Thursdays, beginning Jan. 18, from 9:30 to 10:45 a.m. at The Commons Center.

“Intellectual Sampler,” with various instructors. One of the most popular Vanderbilt Osher courses will take place for six Fridays, beginning Jan. 19, from 9:30 to 10:45 a.m. at West End United Methodist Church.

“Tracing Your Roots,” taught by Virginia Shepherd, professor of education, emerita. She will focus on numerous resources now available to discover where one’s ancestors came from, including census data, Ellis Island immigration records, newspapers and more. The class will meet for six Fridays, beginning Jan. 19, from 11 a.m. to 12:15 p.m., at West End Methodist Church.

“OLLI at the Nashville Shakespeare Festival,” led by Denice Hicks, executive artistic director of the festival, and Marcia McDonald, professor of English at Belmont University. The two class sessions, Jan. 22 and 24 from 1:30 to 3 p.m., will explore the festival’s winter production of Hamlet. The third session, Jan. 26 at 10 a.m., will be a matinee performance of Hamlet, which is directed by Hicks. All sessions will be at Belmont’s Troutt Theatre.

“OLLI at the Nashville Children’s Theatre—From Page to Stage: The Art of Theatrical Adaptation.” Executive Artistic Director Ernie Nolan will lead students through the behind-the-scenes development of Mockingbird. The class meets for three Thursdays, starting Feb. 8, from 2 to 4 p.m. at the Nashville Children’s Theatre. Students can also purchase discounted tickets for two of the performances. 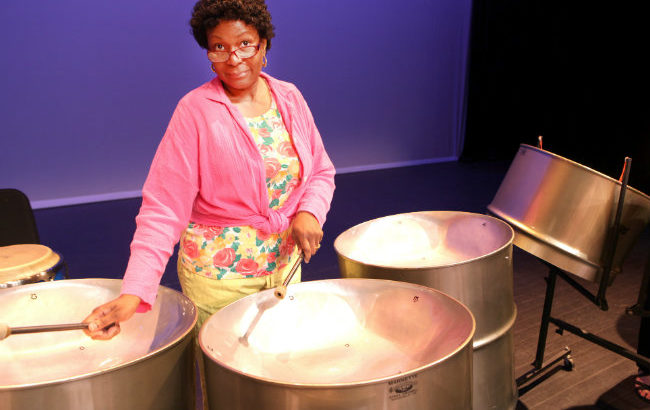