Though our natural instinct is to put everything back exactly where it was before a disaster, Mark Abkowitz, professor of civil and environmental engineering and director of the Vanderbilt Center for Environmental Management Studies said people need to seriously rethink where and how to rebuild.

“We’re talking hurricanes now, but it could be inland flooding, tornadoes, drought, wildfires, earthquakes. The question really comes up: If we had things the way they were and they suffered the level of catastrophic impact that they did, what’s the reasoning behind putting it back exactly the way it was before?” asks Abkowitz.

Abkowitz believes that Harvey and Irma happening in such rapid succession are an indication of what could be in the future. “It’s an unfortunate circumstance, but sometimes it takes a catastrophe of a certain scale for people to wake up and say we need to do something about that.”

Abkowitz said we need policies to discourage future high-risk development, such as not authorizing public funds to support rebuilding in hazardous areas—at least not without updating structures to better withstand future storms.

“We have to decide where our societal values are, and as much as developers and tourists would love to be right on the beach, whether it’s safer in the long run to put these structures further back.” 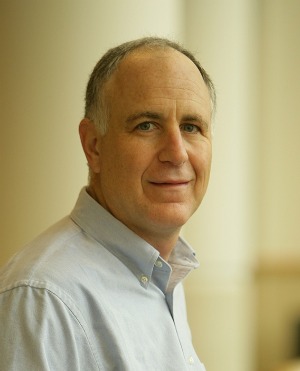 For example, Abkowitz suggests rebuilding a beach hotel could be more tenable if it’s set a quarter mile back and a boardwalk built for beach access, that way natural barriers and mangroves can be put back in place. And the same is true for houses, he said.

“We’re such an impulse and immediate reaction society. The idea of spending anything, even if it’s a little when you have other things that you think are more urgent, you just keep kicking that can down the road. And then you end up with the results of Harvey and Irma. Hindsight is 20-20, unfortunately.”

The most impactful immediate change is likely to happen at the local level, Abkowitz said.

“I think a lot of scrutiny should be placed on zoning boards,” he said. “If they’re allowing developers to build in hazardous places, putting the opportunity for tax revenue over personal safety, then shame on them. Someone has to hold them to task.”

Key to that, Abkowitz said, is updating our hazard maps to reflect current development and weather patterns so zoning boards are aware of the danger in the first place. “I think we’re finding that there are places where multiple 100-year events are happening in the same decade, and that makes you recognize that basing these things on history is no longer adequate for what we’re facing today, and might be facing in the future.”

“If we can get better at being honest and realistic about where the hazardous areas are, and we can sensitize zoning boards to these kinds of things, then there’s a good start.”

One thing communities can do instead is buy out residents in hazard areas at fair market value, so they can relocate to safer ground, he said—and then repurpose the land to better insulate communities from extreme weather, like restoring wetlands to drain floodwater more quickly.

Another thing communities can do is look for low-hanging fruit locally. Abkowitz points to a small community in Canada prone to flash floods. The town outfitted every home with rain barrels that divert roof runoff from the storm drains, preventing the oversaturation that leads to flash floods—a relatively low-cost solution that considerably reduces the risk of a very expensive problem.

Not only are these small steps helpful in and of themselves, they also increase awareness in the community of how the human and financial cost of disasters can be mitigated, sometimes significantly. “The punchline is that you can pay me now or pay me later,” he said. “You can invest in the oil change or you can replace your engine.”

Katrina laid bare the lack of adequate preparation among emergency management officials at every level, a failure that cascaded down through every aspect of the response, said Abkowitz. “I don’t think anybody, from the federal government on down to the local level, had any understanding of the kind of impact that an event like that could have on a metropolitan area, particularly one that has the land use characteristics of New Orleans. As a result, they didn’t really have the proper assets in place and they didn’t have the proper coordination amongst the organizations. And I think it showed.”

By contrast, he was very impressed by the level of advance preparation and communication officials showed prior to and during Harvey and Irma. “I think we’ve done a lot better with Harvey and with Irma, particularly the advance planning and the evacuations happening much sooner.”

He points to Harvey and Irma’s much lower fatality rate as proof that extensive preparation works.

Abkowitz is the author of “Operational Risk Management: A Case Study Approach to Effective Planning and Response,” which includes a case study on Hurricane Katrina.

Setting aside whether climate change plays a role in extreme weather, Abkowitz said no one can argue with the fact that there are simply more people living in disaster-prone areas than there used to be. And when more areas are built up and covered by concrete, there are fewer places for water to absorb and flow away from populated areas, he said.

“More people have been allowed to build in hazardous areas, and therefore the damage and the human harm is greater.” That alone should motivate policymakers to do more to protect Americans from extreme weather and guide smarter development in hazardous areas, he said.