The bill enacts steep and growing cuts to federal Medicaid funding. After 2025, the bill indexes the growth of federal Medicaid spending to general inflation instead of health care inflation, effectively cutting spending by not growing it in step with the segment it is supposed to fund. This is a huge cut that gets worse and worse over time. Proponents will argue that the bill simply limits federal funds, and states can choose to cover whatever they want. States will say they can’t afford to cover what they want because federal money is insufficient. The almost certain result will be smaller, less generous Medicaid programs.

The bill punishes states for spending too much of their own money. States that spend a lot on each recipient—even when much of that spending comes only from state money—will lose 0.5-2 percent of their federal reimbursement. For a rough scale, Tennessee spends $35 billion on the disabled population, and so this penalty would be something like $17 million to $71 million for that group alone. This is a huge incentive to cut services and eligibility for expensive groups.

The bill limits Medicaid’s ability to pay for care obtained before recipients apply. Medicaid applications take time. You need to report income, assets, family structure, and often get verification for your condition (which itself requires a medical visit). Suppose you have cancer and need to start chemotherapy immediately. Medicaid programs now have to pay for care obtained in the 3 months before recipients apply, but BCRA cuts that down to the calendar month in which you apply. Providers probably won’t get paid for medically necessary care for patients preparing a Medicaid application. This will hurt patients, too, if doctors are less willing to see patients. In fact, the perceived low rate of doctors who see Medicaid patients (actually, it’s not that low) is a common criticism, and this provision makes it worse.

The bill effectively kicks people off Medicaid by making them verify their eligibility much more often. The hassle of redetermination is one of the big criticisms that Medicaid patients have. (A friend of mine said, “I should be able to send in a picture of myself in my wheelchair and say, ‘See, still disabled!'”) BCRA allows states to ask for eligibility redeterminations as often as they want.

These changes are likely to have real effects on health and costs in the short and the long run. There has been a big debate recently about whether repeal of the ACA’s Medicaid expansion to childless adults will increase mortality, but my work strongly suggests that any changes states make to children’s eligibility could have huge consequences. In the short run, we have a lot of evidence that Medicaid reduces infant and child mortality, especially for the poorest children. We now know that Medicaid also affects these children later in life and generates significant public savings. Kids covered by Medicaid in the 1960s are now in their 50s. They are healthier, they work more, and they receive fewer benefits from disability insurance and Medicaid/Medicare. Together these changes save the government $3.5 billion each year, and adding them all up suggests that we have now saved about half the cost of covering those groups. I find an ROI of about 3 percent per year.

History points to cuts, not innovation. In an analysis published in the New England Journal of Medicine earlier this year, Goodman-Bacon points out that the per-capita cap method outlined in the BCRA is how the federal government helped states finance health safety-net programs during the decade prior to Medicaid’s establishment in 1965. “The way states responded to these limits on their financing was not to become more efficient,” he says. “Rather, it was to restrict the types of people who could get medical care and the types of medical care they could get through the program. To the extent that the disagreement is about whether changing financing will make programs more efficient versus smaller, our historical experience pretty strongly suggests that it would make them smaller.”

Medicaid pays for itself and more. In research conducted in 2016 for the National Bureau of Economic Research and reported by the Washington Post, Goodman-Bacon found that adults who received Medicaid in childhood were healthier, more likely to be employed, more likely to earn higher wages and less likely to be disabled than adults who had been uninsured as children. Because these people both pay more taxes and rely less on federal disability benefits, Uncle Sam not only recoups the entire investment but comes out ahead to the tune of 2-7 percent every year since Medicaid’s inception. 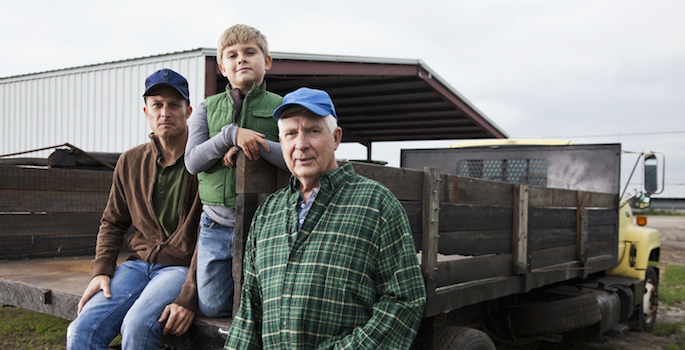