Class of 2017: Stephanie Zundel conquers physical challenges and inspires others

When Stephanie Zundel arrived at Vanderbilt with her service dog Marley, the first order of business was making sure the two could navigate campus safely.

Her first visit was to the Equal Opportunity, Affirmative Action and Disability Services office. “I made some inquiries about getting audible signals and tactile strips installed at several crosswalks, and the response was very quick,” said Zundel, who also consulted with Vanderbilt’s Police Department. “Right away I could feel that there was an atmosphere of respect at Vanderbilt, and that I had made the right choice.”

Zundel lost her sight at age 3, when a dose of Children’s Motrin triggered a rare life-threatening allergic reaction called Stevens-Johnson syndrome. Her immune system waged war on her skin and mucous membranes, covering her in blisters and burns. Her tear ducts were destroyed and her corneas scarred, resulting in blindness.

But this medical crisis was no match for Zundel’s competitive spirit. In third grade, she began karate lessons, going on to earn junior and senior black belts. At 10 she took up boxing, and she trained with the track team in high school. “I’m a very motivated person,” Zundel said. “I expect a lot of myself, and I work really hard.”

Zundel, from Union Township, New Jersey, has modeled that sense of determination as a child studies major at Peabody College. Over the past four years, she has put in many hours tutoring young people with disabilities as well as working with preschoolers of all abilities at the Susan Gray School—all with her beloved Marley, a black lab, by her side.

Sophomore year Zundel heard her friends talking about running a half-marathon, so she signed up too. “It was crazy, because at the time I could barely run a mile,” she said. “But I knew I’d be mad at myself if I didn’t take on this challenge.”

She joined the Nashville chapter of Achilles International, where she was matched with a running guide and training partner. She has since run several half-marathons and last fall competed in the New York City Marathon. Her running time of 4 hours, 50 minutes qualified her for the 2017 Boston Marathon, which she completed in April.

“When I crossed the finish line of the New York City Marathon, I was so incredibly happy and proud of myself and my guides,” Zundel said. “It was one of the best feelings of accomplishment.” Zundel has been accepted to Peabody’s graduate program in school counseling, and she’s planning a career using her experiences to help other young people overcome obstacles in their lives.

“I wouldn’t be the person I am today without the people who have been there for me throughout my life,” she said. “I want to be there for children, especially those with disabilities, who have a special place in my heart. I want to teach children of all abilities how to advocate for themselves, fight their battles and never give up, no matter what mountains stand in their way.” 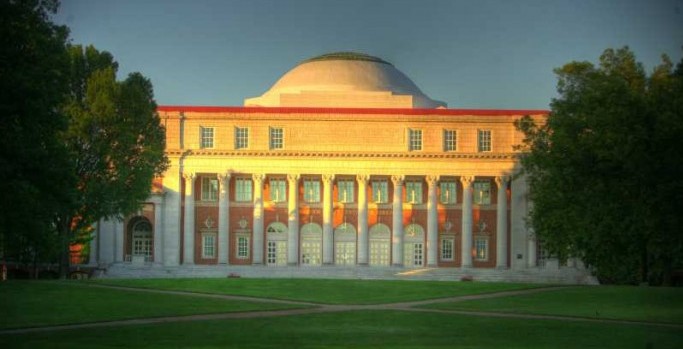