Future leaders learn how to ‘play’ in Vanderbilt class

Sounds of dropped balls and laughter from fledgling jugglers can be heard during the early weeks of an unusual course at Vanderbilt Divinity School. Playful practices that include the art of juggling are central to Play, Subversion and Change, a class geared toward students preparing to lead communities of faith and learning as well as other organizations.

Play, Subversion and Change, open to Divinity School and Peabody College students, is taught by Jaco J. Hamman, associate professor of religion, psychology and culture and director of the Program in Theology and Practice. Dave Perkins, associate director of the Religion in the Arts and Contemporary Culture program and a noted singer-songwriter, serves as a guest lecturer.

“We want our students to be creative leaders who are responsive to what this world brings them. We also want them to develop a strong sense of well-being, and the concept of play can accomplish both,” Hamman said. “Play, more than any other activity, instills problem-solving skills. We explore how a playful spirit can inform religious, nonprofit and other areas of leadership.”

Play is often subversive. Hamman cites how oppressed and marginalized peoples past and present used storytelling, music, dance and the arts to question the loyalties demanded by authorities. Through play, new visions of reality are created as power is undermined and hope is kept alive. “Another example of playful subversion would be the long-running television show Saturday Night Live, which uses comedy to challenge power and authority.”

Hamman partners with the Vanderbilt Juggling and Physical Arts Club to teach his students how to juggle. They practice for 30 minutes at the beginning of class.

“Learning how to juggle has been fun, but I think it’s also a metaphor for theological education,” said Kelsey Davis, a second-year master of divinity student. “Juggling teaches me how to be ‘present,’ how to let go of other concerns, and how to breathe in the midst of the chaos of trying to keep all of the balls in the air.”

Davis is a former professional soccer player who has coached collegiate soccer. She is in the process of discerning her vocational call while knowing that she has strong interests in pastoral care, counseling, teaching and mentoring.

Another student in the class, Dimitra Giannakoulias, is working on a master’s in leadership and organizational performance at Peabody College. “Juggling is an exercise in trust and meditation,” she said. “I really like using mind, body and spirit to learn a form of play.”

“Learning to juggle teaches one about imperfection—one will drop the balls—when perfectionism is a common trait of pastoral leaders. Furthermore, it encourages students to take risks,” Hamman said. “Juggling quiets minds prone to be fleeting. It also teaches humility, as should one keep the balls in the air and a sense of accomplishment sets in, the feat becomes the very moment one drops the balls, again.” Hamman sees juggling informing leadership as it beckons one to hold many realities loosely, even if one reality feels more important than the other. “It honors the complexity of our lives and the challenges to lead in a diverse world where change is the only constant.”

Hamman explained that adults who have not engaged in playful activities for a long time can re-train their brains to enjoy some form of play, be it juggling, songwriting, dancing, spending time with a pet, or something else they enjoy.

David Van Johnson is a first-year Divinity student who retired from a successful career in banking. He also earned a master of liberal arts from Vanderbilt in 1999. Johnson hopes that Play, Subversion and Change will challenge his brain to learn new skills, some of which will enhance the time he spends with his family. “I have learned that play really is essential in every area of life,” Johnson said. “In addition, I enjoy taking classes with students who are mostly millennials, as I gain new insights hearing their perspectives.”

Through select readings, the students become knowledgeable about the evolutionary, anthropological, psychodynamic, sociological and cultural roots of play. In addition, they are required to give a series of increasingly longer TED-style talks on an aspect of play that informs their vocational visions. The first assignment is a three-minute TED-style talk on the definition of play.

“I’ve always found these talks to be fascinating,” Hamman said. “There are so many ways that the concept of play can inform leadership.” He notes that the entire class is enriched by hearing the TED-style talks as the students choose what aspect of play they want to focus on, such as having a playful spirit in pastoral ministry, education, administration, chaplaincy, business or even parenting.

Hamman looks forward to teaching this class at least every third year. “Play suspends time, so we have a sense that we’re not so rushed,” he said. “It can be a book, musical instrument, film … whatever takes me to a place of peace and tranquility. If we help people to play more, I firmly believe there will be less violence in the world.” 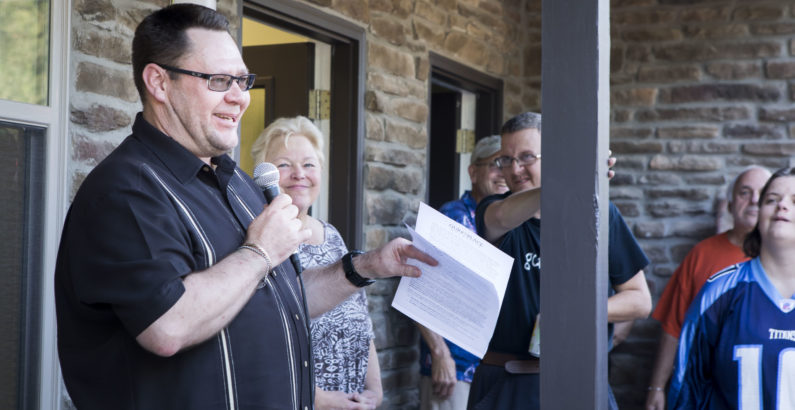 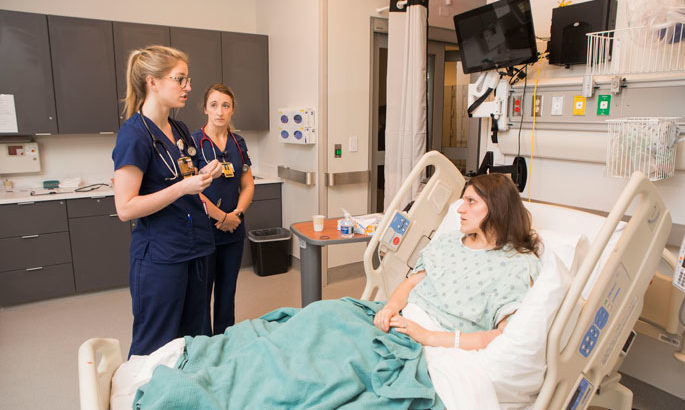