Vanderbilt University Chancellor Nicholas S. Zeppos announced today that the university will return a donation made 83 years ago so it can remove a controversial inscription from one of its residence halls.

Referred to officially by the university in recent years as Memorial Hall, the building has borne the inscription “Confederate Memorial Hall” on the pediment above its main entrance since its construction in 1935.

“Many generations of students, faculty and staff have struggled with, argued about and debated with vigor this hall. We have asked time and again how can we have this symbol in the sky—a pediment is intended to draw a gaze upward—as part of our aspirational goals?” Zeppos said. “Our debates and discussions have consistently returned over these many years to the same core question: Can we continue to strive for that diverse and inclusive community where we educate the leaders that our communities, nation and world so desperately need, with this hall as so created? My view, like that of so many in the past, and so many in our present, is that we cannot.”

In compliance with a 2005 Tennessee Court of Appeals decision, the university will pay the Tennessee Division of the United Daughters of the Confederacy $1.2 million as a return in present value of $50,000 the organization contributed to the George Peabody College for Teachers in 1933 toward the building’s construction and naming rights. Vanderbilt will pay the sum with gifts from anonymous donors designated to be used specifically for this purpose. No institutional funds will be used to return the donation.

Zeppos, who joined Vanderbilt in 1987 as a professor of law, noted that the inscription on the building had been a symbol of exclusion and divisiveness throughout his time at the university and long before.

“The residence hall bearing the inscription Confederate Memorial Hall has been a symbol of exclusion and a divisive contradiction of our hopes and dreams of being a truly great and inclusive university,” he said. “It spoke to a past of racial segregation, slavery,and the terrible conflict over the unrealized high ideals of our nation and our university, and looms over a present that continues to struggle to end the tragic effects of racial segregation and strife.

“The name is discordant with our own work under the founding charge of Cornelius Vanderbilt, to find union and healing after the bloodshed of the Civil War. The project of Vanderbilt, much like the project of America, reveals that ‘the arc of the moral universe is long, but it bends towards justice.’”

The Board of Trust authorized Zeppos earlier this summer to take action to remove the name.

“While we recognize and study our past, the considerations of our present and our future must guide our decision making,” Shirley Collado, chair of the Board of Trust ad hoc committee that studied this issue, said. “This is a necessary and important step to continue to enhance the university’s ability to attract the most talented students and to ensure that our campus community is a welcoming place for all students to thrive and to learn.”

Vanderbilt first attempted to rename the building Memorial Hall in 2002 in honor of the men and women who have lost their lives in this nation’s armed conflicts. However, the UDC pursued legal action to retain the original name. A Tennessee appeals court ruled three years later that Vanderbilt could remove “Confederate” from the inscription only if the university returned the donation to the UDC at its current value.

In the interim years, the building has been referred to as Memorial Hall in all campus publications, maps, websites and housing assignments and other official designations. However, the building’s inscription has been a source of controversy with students, faculty and staff noting that the name is painful and divisive.

“I commend the chancellor and the Board of Trust on their decision to remove the name of Confederate Memorial Hall. This action demonstrates the administration’s attentiveness to student needs and concerns, as well as sets a great precedent for advocating on behalf of those who may feel marginalized on our campus,” Ariana Fowler, Vanderbilt Student Government president, said. “This is an excellent next step in the direction of becoming an institution that not only admits diverse students, but ensures their care and support—one that is eager to eliminate any barriers that may stand in the way of such a goal.”

At the start of the 2015 academic year, the university held a panel to familiarize students, faculty and staff with the origin and history of Memorial Hall and to engage them in a thoughtful discussion about how Vanderbilt can reconcile vestiges of its past, like the Memorial Hall inscription, with the university’s continued commitment to diversity, equality and inclusion.

Zeppos also announced that the university will establish a major annual conference on race, reconciliation and reunion. Reverend James M. Lawson Professor Dennis Dickerson will work with the Vanderbilt community to plan the first conference.

“In removing this pediment, we are not seeking to rewrite history or to avoid the questions that should be asked of Vanderbilt and of our nation. We are realizing the truth—that we have the privilege every day to teach, to learn and, indeed, to make history,” Zeppos said.

Throughout his service as Vanderbilt’s eighth chancellor, Zeppos has stressed the importance of ensuring a campus environment that embraces and respects all forms of racial, cultural, gender and religious identity or expression and sexual identity. Among the many steps that he has taken to make Vanderbilt a more welcoming community is the appointment of George C. Hill as vice chancellor for equity, diversity and inclusion and the university’s first chief diversity officer.

In the past year, Zeppos also has announced a number of initiatives, including the appointment of a faculty committee to study and make recommendations on diversity, equity and community, and the establishment of three new faculty chairs to help advance Vanderbilt’s leadership role as a diverse and inclusive learning, teaching and living environment.

The Office of the Dean of Students also has worked closely with students for the past two years to develop programs and resources to promote social justice and to have constructive conversations surrounding differences. 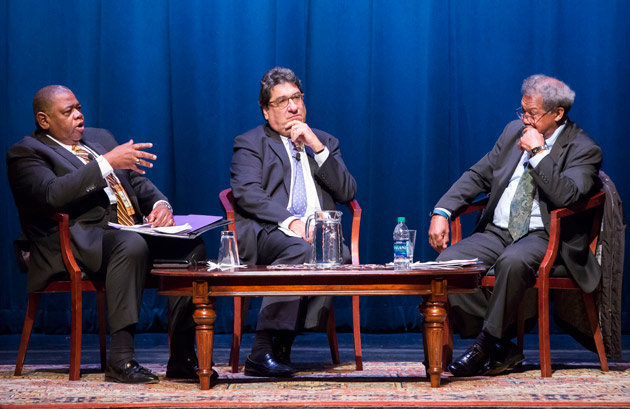 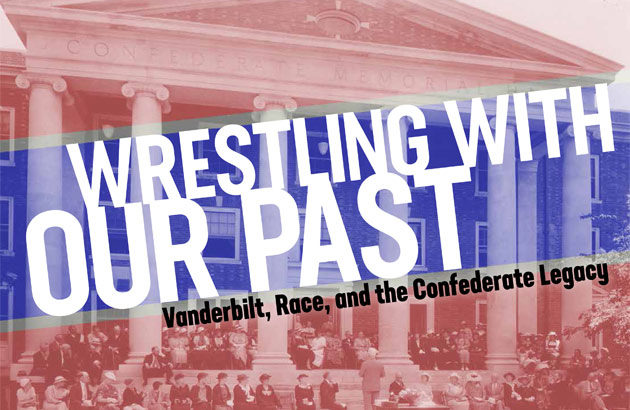 Join national experts for symposium focused on race and reconciliation