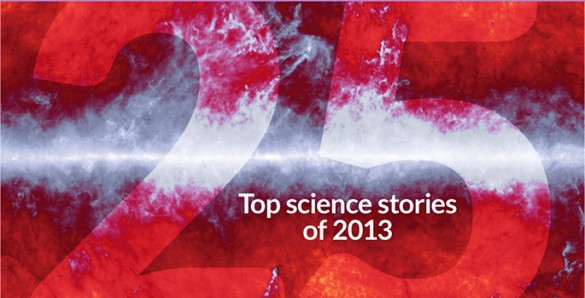 The popular science magazine Science News has picked new revelations about the role of the microbiome – the bacterial communities that live on the human body – as its top science story for the year.

The research of Seth Bordenstein, associate professor of biological sciences, played a major role in the discoveries that led to the editor’s decision.

In the article announcing the year’s top 25 stories, the editors commented, “…science isn’t just about dramatic announcements and tremendous technical feats. Anyone who reads Science News regularly appreciates that great new insights often arise from countless little bits and pieces of new knowledge. This year, careful readers may have noticed a steady accumulation of revelations about the bacterial communities that call the human body home. It has long been known that those microbes are essential to processes like extracting nutrients from food and fighting off their less benign brethren. But this year a growing body of research demonstrated that bacteria engage their hosts so vigorously that in some situations, scientists are left wondering which party is the tail and which is the dog.”

The magazine’s overview article on the microbiome – Year in Review: Your body is mostly microbes – describes Bordenstein’s contribution: “ A study of jewel wasps, for instance, suggests that their microbiomes can prevent two species from successfully breeding with one another (SN: 8/10/13, p. 13). Hybrid male offspring of the two species die as larvae, an effect long explained as incompatibility between the species’ genes. But when Seth Bordenstein of Vanderbilt University and his colleague Robert Brucker removed microbes from the hybrid larvae, the wasps survived. That finding indicates that microbes in the wasps’ guts and not just the wasp genes contribute to keeping the two species from interbreeding.”

In July, when the research was published, Research News @ Vanderbilt ran a story on it titled, “Microbes can influence evolution of their hosts.”