Galloway is president-elect of the American Society for Engineering Education 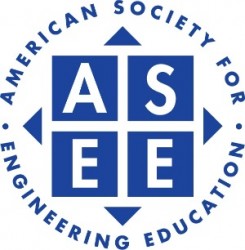 Vanderbilt University School of Engineering Dean Kenneth F. Galloway has been chosen to serve as president-elect of the American Society for Engineering Education.

Galloway, who is also a professor of electrical engineering, will become president-elect at the 2012 annual conference June 10-13 in San Antonio, Texas, and will assume the presidency in June 2013.

“I am honored to continue to serve the ASEE,” said Galloway, who recently was chair of the ASEE Engineering Deans Council and served as a member of the ASEE Board of Directors. “I am especially excited to be joining the leadership of the society as we increase our focus on public advocacy for engineering and engineering technology education.”

Galloway’s personal research and teaching activities are in solid-state devices, semiconductor technology, and radiation effects in electronics. He has published numerous journal and conference papers in these areas, and his research has received sustained support from several U.S. Department of Defense organizations. As dean, he has been a strong advocate for undergraduate research and curriculum innovation.

“The work of the ASEE is vital to advocate for our students and for engineering and engineering technology education with decision makers in academia, industry and government,” said Galloway, who also will focus on membership service.

Galloway said the ASEE must continue its efforts in K-12, in communicating the excitement of engineering to potential students, in promoting diversity in the engineering workforce, in linking effective teaching and student learning, in preparing engineering students for a globalized economy and in encouraging collaboration between academia and industry.