Why can’t some people put the brakes on impulsive behavior? 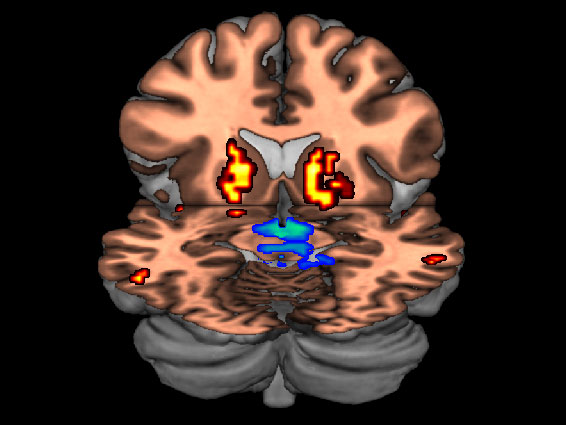 Everyone knows the type. Maybe it’s you or someone close to you. We’re talking about the kind of people who act without thinking.

A group of Vanderbilt researchers analyzed the role of the brain chemical dopamine in impulsivity to discover more precisely what makes some people more susceptible to rash behavior. Their results appear in the July 31 on-line issue of Science.

The researchers were able to demonstrate a specific deficit in the way the brain regulates dopamine signaling in people prone to impulsivity, according to Joshua W. Buckholtz, a Ph.D. candidate in neuroscience, and David Zald, associate professor of psychology and psychiatry.

The findings are important because impulsive personality traits are strongly associated with attention deficit/hyperactivity and antisocial personality disorders, and impulsivity is a key risk factor for developing substance abuse. Gaining a better understanding of the brain mechanisms that cause impulsivity could lead to better treatment of these disorders, which affect millions of people and cost society billions of dollars each year.

Buckholtz compared the regulation of dopamine by autoreceptors to the action of a thermostat: “In your house, you have a thermostat that senses the ambient temperature and either cranks up or ramps down the activity of your furnace in response to current environmental conditions.

[rquote]“The brain has a number of different thermostats, which sense the levels of certain brain chemicals and adjust the output of those chemicals accordingly. [/rquote]We show that one particular thermostat-like mechanism – midbrain autoreceptor regulation of striatal dopamine release – is out of whack in people with high levels of trait impulsiveness,” he said.

As a result, too much dopamine is produced in certain regions of the brain associated with reward and motivation. This dopamine excess may lead to enhanced motivation to obtain rewards in impulsive individuals, who tend to seek rewards without considering the consequences of their actions, and without the ability to put the brakes on their behavior.

In addition, these data suggest that exaggerated dopamine responses to stimulant drugs may promote an especially strong craving for those drugs. This may explain why impulsive people are more likely to abuse drugs like cocaine and methamphetamine.

Findings may lead to improved treatment

The researchers hope that better understanding the alterations in neural function that promote impulsivity might lead to improved treatments for psychiatric disorders that are characterized by high levels of impulsivity.  For example, it may be possible to use targeted drug therapies to correct the dysregulation in dopamine circuitry that results in excess dopamine in the striatum.

Certain drugs do affect the function of dopamine autoreceptors, Buckholtz said. He suggested that with further study it may be possible to use such medicines to re-regulate this circuitry to reduce levels of impulsivity.